Burj Khalifa - List of Venues and Places in UAE | Comingsoon.ae

Make a Suggestion about Burj Khalifa

If you manage Burj Khalifa, or wish to list a venue on Comingsoon.ae, kindly use List your venue form.
Anything wrong with the venue information? Suggest an edit!

The Burj Khalifa is a world-famous mega-tall skyscraper located in the heart of Dubai.

With a total height of 829.8 m (2,722 ft) including the antenna and a roof height of 828 m (2,717 ft), the Burj Khalifa is currently the tallest structure in the world since topping out in late 2008 located in Downtown Dubai. Bringing this magnificent tower to life required a combination of visionary ideals and solid science. In the process, the project amassed an awe-inspiring number of facts, figures, and statistics.

The design of Burj Khalifa is derived from the Islamic architecture of the region, such as in the Great Mosque of Samarra, and inspired by the Hymenocallis, or spider lily, a white flower found in the desert.

The magnificent tower stands tall right next to such famous locations, as The Dubai Mall, Souk Al Bahar, and Dubai Opera. It draws a never-ending flow of visitors from all over the world to catch the unmatched views from multiple observation decks or to simply admire the view from below. For an unparalleled experience, head up to the aptly named At The Top and At The Top Sky on floors 124 and 125 and enjoy unique 360-degree panoramic views of Dubai.

For some sky-high dining, book a sunset dinner at At.mosphere restaurant and lounge on the 122nd floor. Too early for a dinner? Have breakfast or high tea among the clouds at The Lounge, which is spread across floors 152, 153, and 154 (585m high!). Not to forget the famous Armani/Privé nightclub located in the tower’s first 2 floors, and Armani Hotel, both designed by Giorgio Armani himself.

The Burj Khalifa was designed by Adrian Smith, then of Skidmore, Owings & Merrill (SOM), whose firm designed the Willis Tower and One World Trade Center. Hyder Consulting was chosen to be the supervising engineer with NORR Group Consultants International Limited chosen to supervise the architecture of the project. 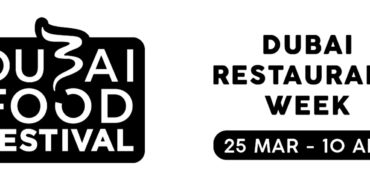 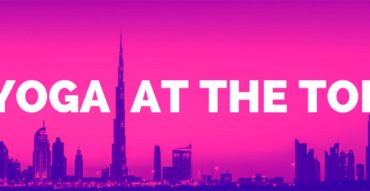 “Yoga At the Top” of the Burj Khalifa 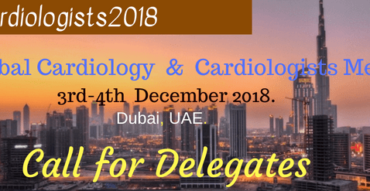 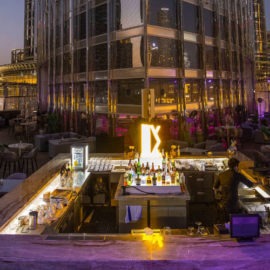 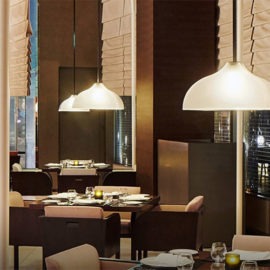 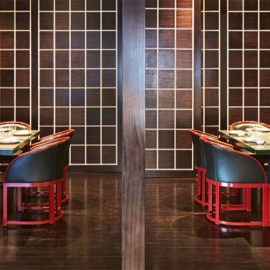 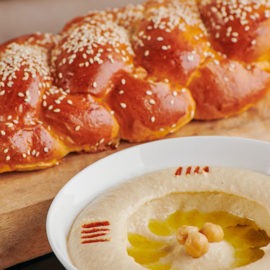 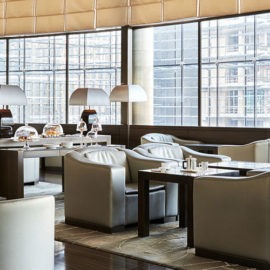 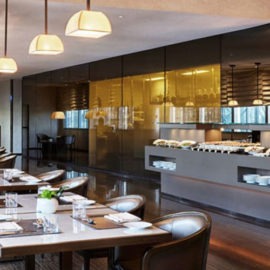 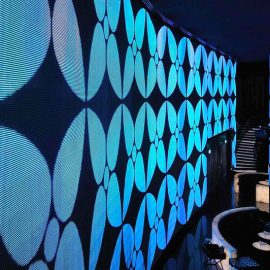 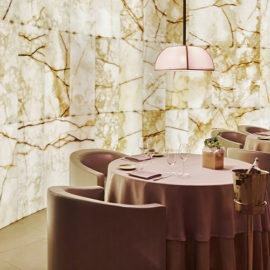 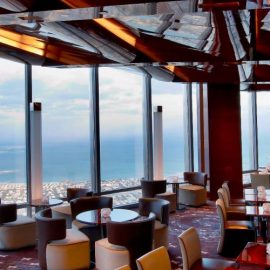 Other Notable Locations in  Dubai 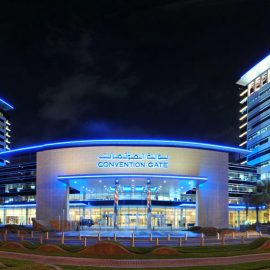 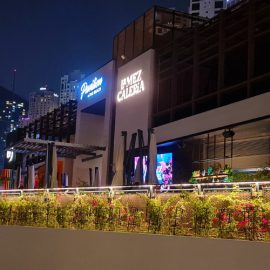 Pavilion at The Beach
Notable Locations in Dubai 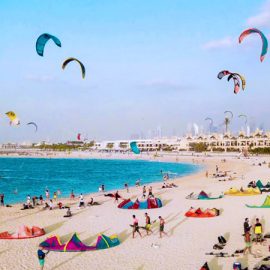