Weather in UAE – The Hidden Variety | Coming Soon in UAE
Home / Articles / Information/
To get your personalized content feed, feel free to register, sign in and select what interests you in your Preferences.

Weather in UAE – The Hidden Variety 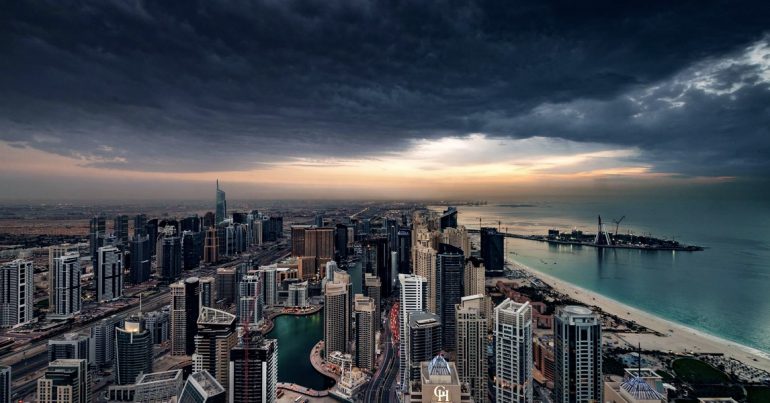 13 October 2020
10 minutes to read
Advertise on Comingsoon.ae
Join our Telegram Channel! Receive all the latest updates Faster. Add Your Event

It is widely considered worldwide that it’s always warm in the UAE. And although it is, indeed, very hot and humid in the summer, and the majority of the land is covered by vast desert dunes (occasionally used by filmmakers as some desert planet scenery), it is not entirely true.

In general, the United Arab Emirates has a desert climate, characterized by pleasantly mild winters and very hot, sunny summers. The humidity in the coastal areas can rise up to 90%, which makes it hard to breath. It becomes drier upon going deeper into the continent, like to the Rub Al-Khali desert area of Abu Dhabi, but it barely makes the heat any easier to comprehend. This climate even had its effect on local people’s habits of waking up early, end their everyday work at around 3 PM, rest until the evening, and then be active for some time after the sunset – meet friends, spend time with family, eat and relax. It’s a common thing to see a family with children having dinner in a restaurant at around 1 AM, as traditionally night time was better choice to be active.

But as mentioned earlier, this is not quite the same throughout the year, as well as throughout the UAE. In the northeast region, in the Al Hajar Mountains, which separate the coast of Arabian Gulf from the Gulf of Oman, the climate is still desert, although, in the winter months, it rains a bit more often than it does in the areas near the sea shore. In the areas above 1,000 meters (3,300 feet) it can be quite cold during the winter months, and the heat during summer is considerably more bearable.

In contrast to a popular belief of those who never visited UAE during winter months, the weather during this time can be unexpectedly cold. Although most of the time temperature remains around 25 °C (77 °F) during daytime and 12 °C (54 °F) to 15 °C (59 °F) in the night, rains and strong winds are a common thing in the months between January to March. Heavy rains with thunderstorms take place at least once a year, causing traffic delays throughout populated urban areas, and property damage in a form of leaking roofs and drowned vehicles. Going to the desert at night might also be bad idea during this period, as it can get as low as 5 °C (41 °F), with very cold sand under your feet. 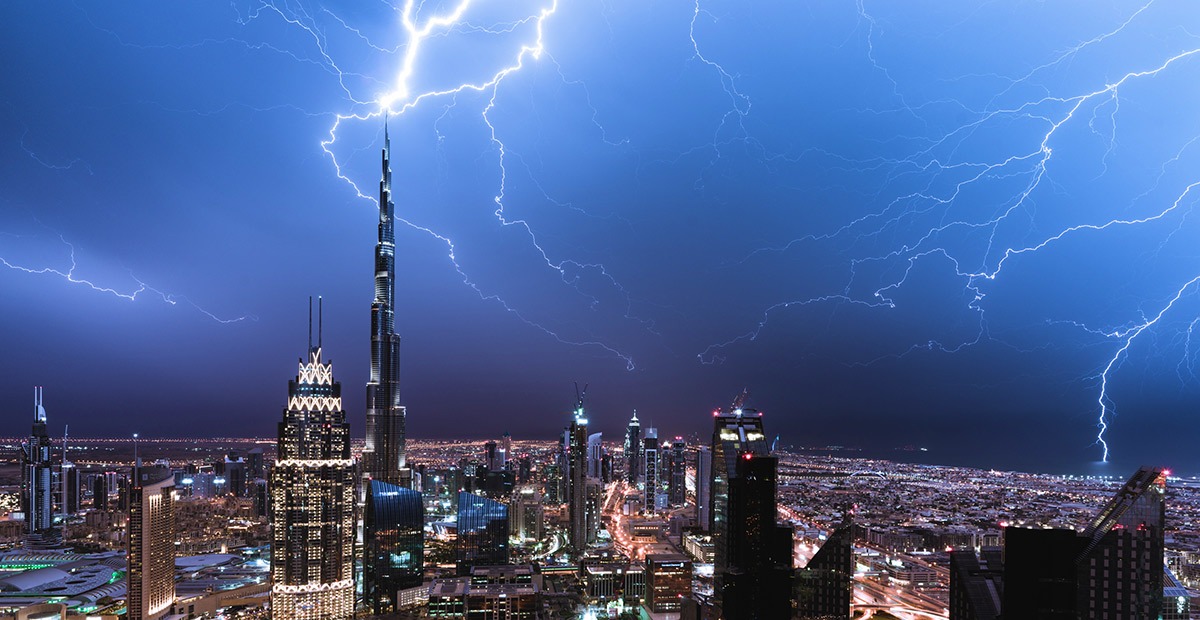 Like anywhere else in the world, every winter or summer eventually end, giving their place to mid-seasons – the most unpredictable times of the year. In spring, the United Arab Emirates are often hit by strong winds, which can bring dust and sand storms. Every now and then, the country is reached by tropical cyclones, which bring winds and heavy rains. During this time, it is always breathtaking to see the famous Burj Khalifa rising above the rain clouds, or getting hit by another lightning.

A common sign indicating the beginning of autumn among local residents is the appearance of clouds in the sky, which remain until mid-May, and disappear again for the summer season. 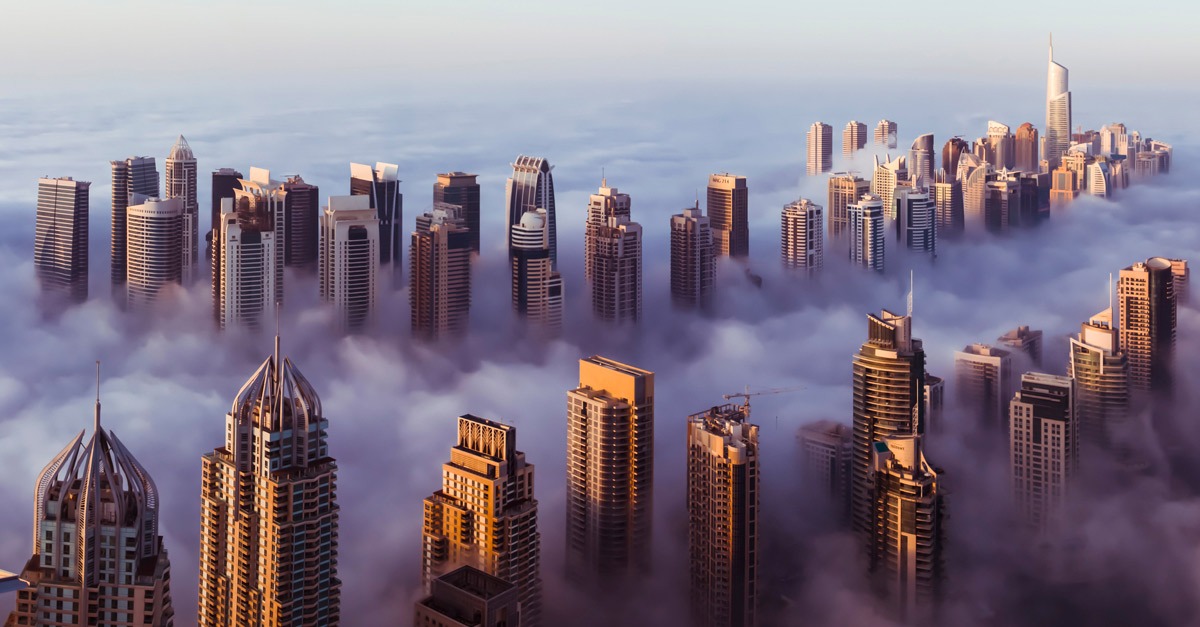 The season change also brings very dense and frequent morning fog, beloved by local residents. During morning hours it covers skyscrapers on the coast (in such areas as Dubai Marina) as well as sand dunes deep in the desert just like a think cotton blanket. Every year, Dubai fog season brings in a series of fascinating photo shoots of the city covered by it, making #dubaifog hashtag popular in the Instagram once again. It not usually begin until mid-December and runs until the end of March, aided by clear skies and calm conditions, but sometimes it may begin as early as first week of October. Apart from being a beautiful weather effect, which everyone adore to witness, it can result in extremely dangerous driving conditions, especially in highways, and often cause heavy accidents.

Although it may be not so varied comparing to the temperate climate zones of the planet, the weather in UAE has it’s own ups and downs, and every season and mid-season is beautiful in its own way. 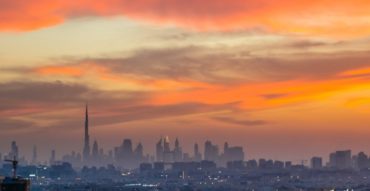 Climate Change in UAE
Changing a country's climate (and maintaining these changes) is a very difficult and challenging task. It requires not only significant financial investments and resources, but also unusual and out-of-the-box ideas.
Read the Article
Advertise on Comingsoon.ae