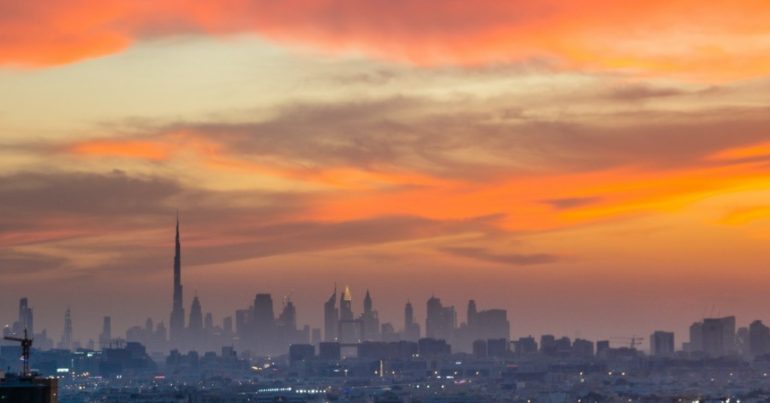 26 January 2020
10 minutes to read
Advertise on Comingsoon.ae
Join our Telegram Channel! Receive all the latest updates Faster. Add Your Event

Changing a country’s climate (and maintaining these changes) is a very difficult and challenging task. It requires not only significant financial investments and resources, but also unusual and out-of-the-box ideas.

United Arab Emirates is known worldwide as a country with extremely hot temperatures during the summer season. The heat causes a significant outflow of both tourists and residents out of the country. Many large outdoor venues close their doors during summertime (like Global Village) and no large events are planned until around October. There are considerably less people seen on the streets, and air conditioning bills are much higher than during winter months.

Overall, summertime in the UAE is the time when everything halts – which is, obviously, bad for the economy.

But it is very likely to change in the near future. The Ministry of Climate Change & Environment (MOCCAE) is working on a number of projects targeted for the climate to become much more pleasant for life.

The tasks facing the Ministry at first glance seem simply unsolvable. But with a competent approach and actions made in the right direction, the country can achieve amazing results.

In the recent years, everyone noticed that it has started to rain more often, especially around the coastal cities, like Dubai, Sharjah and Ras Al Khaimah. In many cases, these rains are caused artificially by exposing the nearby clouds to special substances such as magnesium and potassium chloride. The United Arab Emirates Research Program for Rain Enhancement Science (UAEREP) is an innovative initiative of the Ministry of Presidential Affairs. Significant funds are being spent on increasing rainfall – only in 2015, 186 such operations were carried out, for which more than half a million US dollars were spent.

But for rains to become a more or less permanent occurrence this is clearly not enough. For this reason, a really fantastic project is being considered, according to which it is planned to create an artificial mountain. It is expected that its creation will cause an impact on the climate, strong enough so that it will rain more frequently in the region. The project is still on its initial stage as of 2020, but the $400,000 grant to experts at the University of Atmospheric Research was already made, targeted to conduct research into the ideal size and location of the mountain. 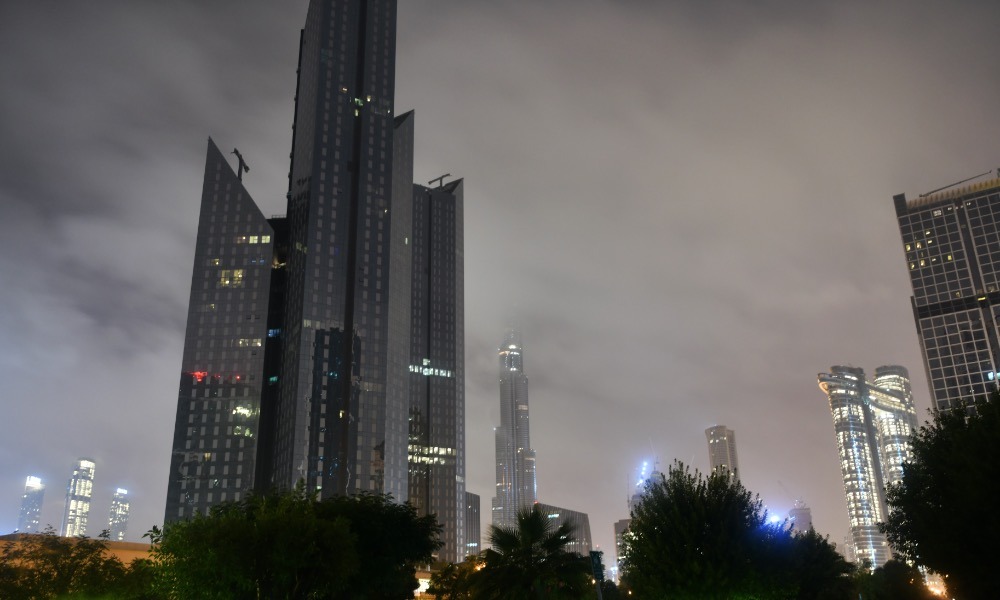 Recently, another project was launched – installation of protective barriers made of natural stone in coastal areas throughout the UAE. They will be installed at a depth of 5 to 15 meters. It is assumed that stone barriers will provide conditions for the reproduction of corals (this process will be closely monitored and stimulated in every way), which will improve the environment, help preserve endangered species of animals and protect the coast from storms. Also, in the end, such a measure will protect the coast from the destruction, which potentially can lead to negative climate change.

Overall, making the climate of UAE softer in the summer will greatly benefit the country’s tourism, foreign investment, and many other sectors of the economy. It is known that in 2017 about 15,87 million tourists were registered in the UAE, which is 6,5% more than in 2016, while income generated from tourism amounted to AED 118,8 billion. Between 2020 and 2021, tourist traffic is expected to increase to a record 25 million, thanks in large part to the launch of Expo 2020 Dubai.

It is important to note that the actions of official organizations are aimed not only to make the climate milder but also to improve the environmental situation in the country as a whole. For this reason, any of the ideas will be comprehensively considered and only then implemented. Errors in these matters are unacceptable. For example, in China, some time ago, they began to remove mountains in order to provide more space for the construction of cities, which ultimately led to an environmental disaster.

An important factor to consider as well is how the cities around UAE are equipped for the increasing amount of rains – and at the moment, there is definitely room for improvement. Floods and traffic collapses are normal during heavy rains, which damages the economy and residents well-being. In many cases, they are caused by either a blocked drainage system or by total lack of one. A complex problem, which has to be solved by both authorities and private developers.

Before moving forward. scientists and researchers in the UAE seek to collect as much information as possible. Making climate milder is doubtfully a great idea, but by planning such complex tasks, it is better not to rush. The consequences may be unpredictable, unexpected, and sometimes – rough. 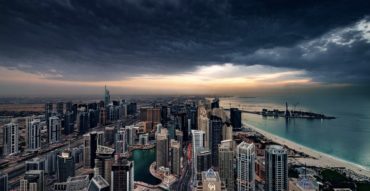 Weather in UAE – The Hidden Variety
It is widely considered worldwide that it's always warm in the UAE. And although it is, indeed, very hot and humid in the summer, and the majority of the land is covered by vast desert dunes (occasionally used by filmmakers as some desert planet scenery), it is not entirely true.
Read the Article
Advertise on Comingsoon.ae