Dubai Fish Market - A Guide to Deira Fish Market | ComingSoon | Coming Soon in UAE
Home / Articles / Information/
To get your personalized content feed, feel free to register, sign in and select what interests you in your Preferences. 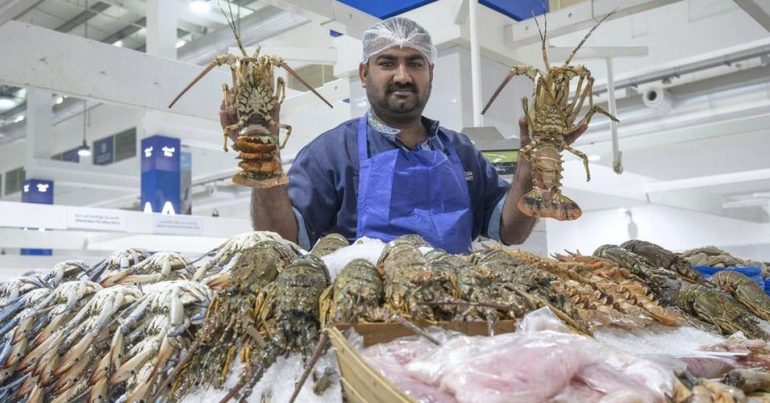 The Waterfront Market is one of Dubai’s most popular shopping destinations. Here you can find the richest selection of fish and seafood in Dubai.

A modern trading space in Deira has been built on the site of the Dubai Fish Market – traditional souq, an old place of trade for merchants, farmers, and especially – local fishermen. For many centuries, the majority of life in this region was concentrated along the coast of Arabian Gulf, and its rich waters were the main source of food and wealth. Thus, a gradual formation of large rich marketplace was probable, driven by natural factors, and that’s exactly what happened.

As the development of modern UAE kickstarted in the late 80s, and Dubai, among other major cities, opened its doors for thousands of families seeking jobs, wealth and future, traditional souq started to gain more and more popularity among local community. Back then, before grand-scale malls and hypermarkets were built, a traditional market was the place to go to buy food. And for many – so it is now.

Every day from the early morning its shelves are filled with seafood and fish in all its diversity and variety, and also meat and poultry, a variety of spices, fruits and vegetables, and other fresh products of the region. Coming to the fish market, Dubai shoppers and tourists can always find products of the highest quality.
The Dubai Fish Market prices have always been and continue to be attractive to buyers. 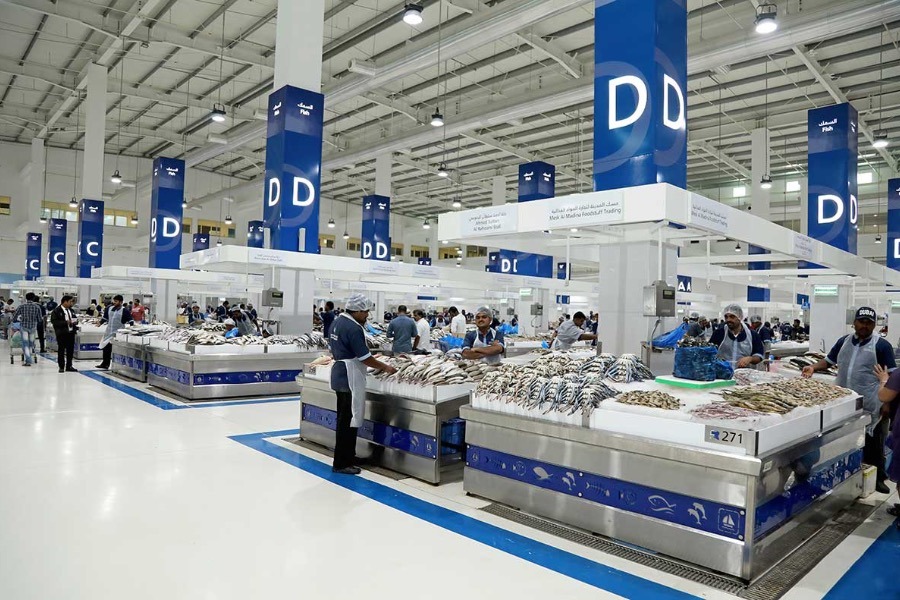 Deira Fish Market began its work in 1958, conveniently located near the old corniche, trading outpost, gold souq and historic district. In time, this place managed to become one of the examples of a key city locations, popular among locals and guests alike. In time, as modern buyers demanded more advanced facilities equipped with new technologies the positive changes were not long in coming.

In its modern form, The Waterfront Market opened on the site of Deira Fish Market in 2017. Shopping spaces cover an area of over 120 000 square meters. The renewed Dubai Fish Market includes outlets that traditionally offer a selection of food and drinks, a large modern hypermarket, and various shops with a wide range of different products. But the heart of the market, is still, traditionally, fresh fish trade. Various seafood just caught in the waters of the region is brought here every day to be sold. The choice is huge and both ordinary families and the chefs of the best restaurants in Dubai can find the seafood they need. 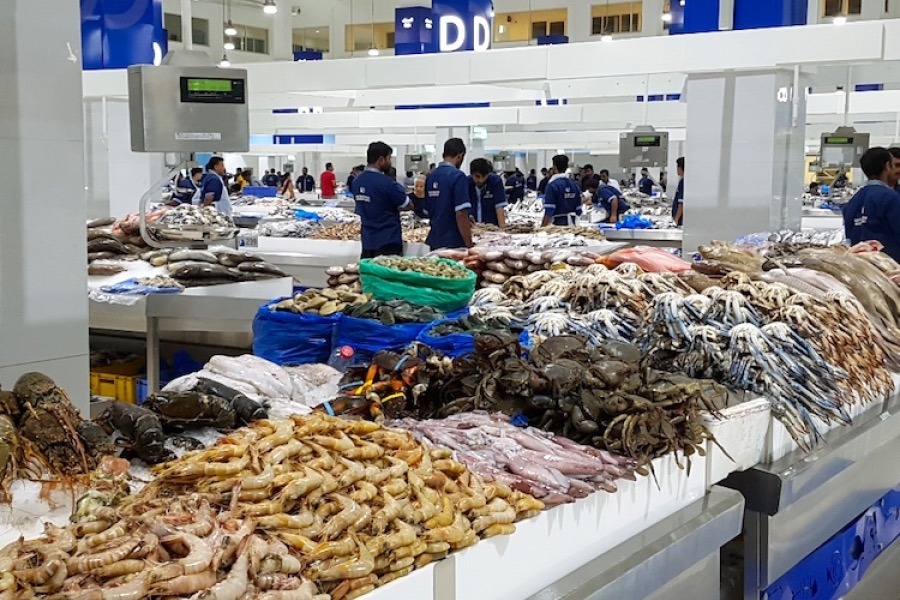 A separate place has also been chosen for traditional fish auctions, where wholesale buyers can find attractive Dubai Fish Market prices. Furthermore, there is a spacious multi-purpose hall for various events often becomes a venue for cultural and recreational activities. For example, such as food festivals, family events with tastings or large-scale celebrations of national holidays. There are also many cafes and restaurants where you can try fish dishes and much more from national cuisine.

The Waterfront Market today is a wealth of seafood choices as well as other food products. But at the same time, this is a place where to this day they honor the traditions of fishing, a long established daily routine for the inhabitants of the region. Indeed, fishing and trade played an important role in the formation and development of the nation, and modern vision has turned this place into one of the centers for shopping in Dubai, while not losing the charm of heritage from the past. 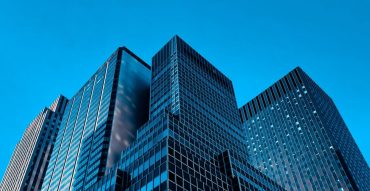 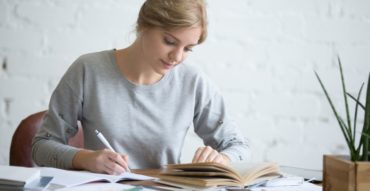