Fujairah Fort - List of Venues and Places in UAE | Comingsoon.ae

Make a Suggestion about Fujairah Fort

If you manage Fujairah Fort, or wish to list a venue on Comingsoon.ae, kindly use List your venue form.
Anything wrong with the venue information? Suggest an edit!

Fujairah Fort is a fort and a historical landmark in the city of Fujairah.

Fujairah Fort is one of the oldest and largest castles in the UAE. Constructed in the 16th century, it played a significant role in fighting back the wave of colonialism.

The fort is located about 2 km from central modern Fujairah in the old Fujairah region, on a small rocky hill that reaches 20 meters high. It is around 1 km away from the coast.

Fujairah Fort is part of a complex with several old houses and a mosque. It is guarded by three round watchtowers and a square watchtower. The watchtowers and main building are connected by the walls, and there is a central hall surrounded by these towers and walls.

The irregular shape of the castle is due to the uneven surface of the rock it sits on. The building was made of local materials, mostly rocks, gravel, mud, hay, and plasters.

Radiocarbon dating has identified the date of the construction as around 1500–1550. It was then renovated during 1650–1700. In 1997/2000, the fort was fully restored by the Fujairah Administration of Antiquity and Heritage using the same materials with which it was built.

Today, Fujairah Fort is among the main tourist attractions in the city.

Other Notable Locations in  Fujairah 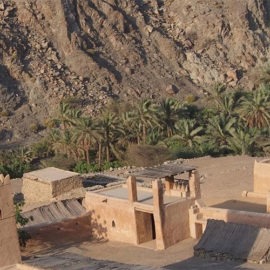 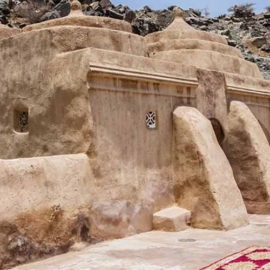 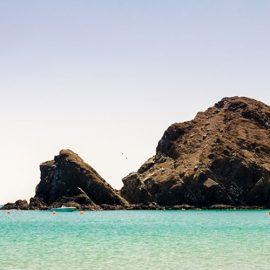