Dubai Comedy Festival 2021 in Dubai | Coming Soon in UAE
Home / Upcoming Events in Dubai and other Emirates / Culture & Entertainment/
To get your personalized content feed, feel free to register, sign in and select what interests you in your Preferences. 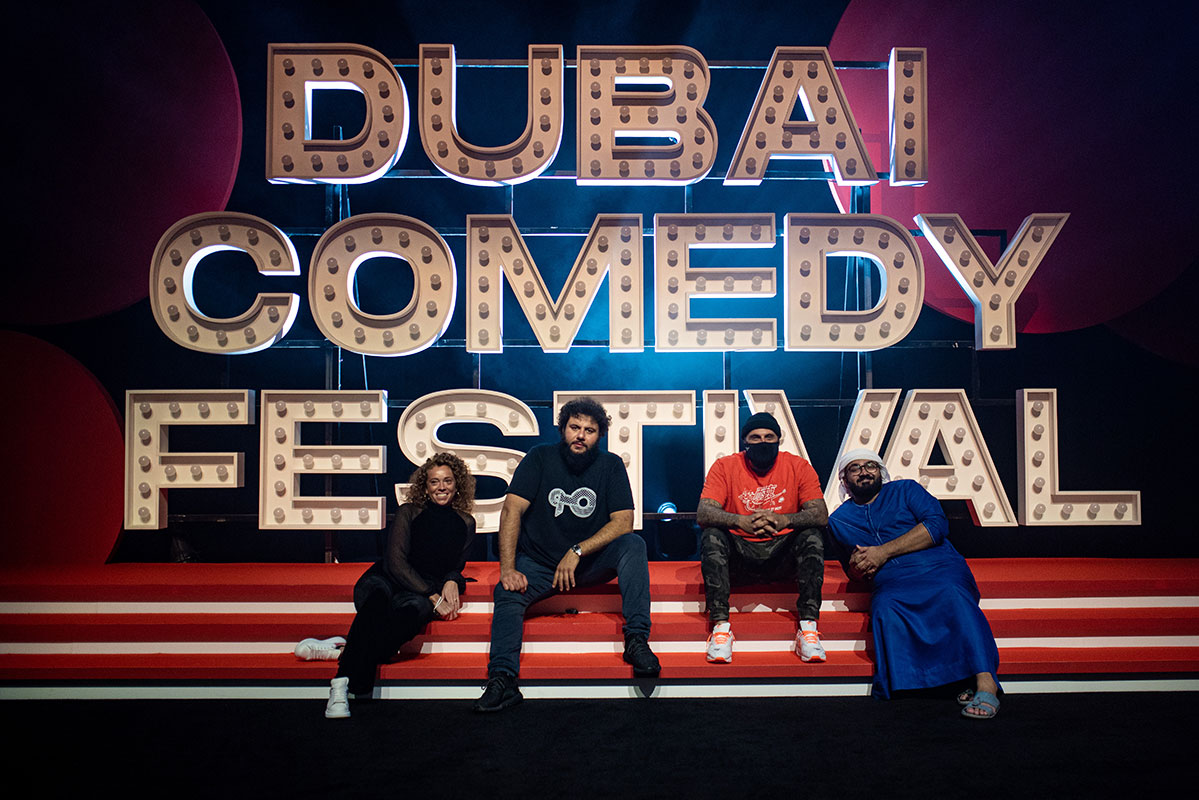 A dose of laughter is definitely a good idea. And when this laughter is from the world’s funniest comedians, this time promises to be a quality one.

The Dubai Comedy Festival 2021 is back with a lot of laughter and fun this year, running from May 13 all the way until May 22.

For long ten days, this comic festival is expected to surely deliver some hilarious performances. The world’s funniest comedians will be bringing truly city-wide, multi-lingual shows and a whole world of laughs. Taking place across several locations of Dubai, it will be performed in several languages, with strict safety precautions and social distancing in place. 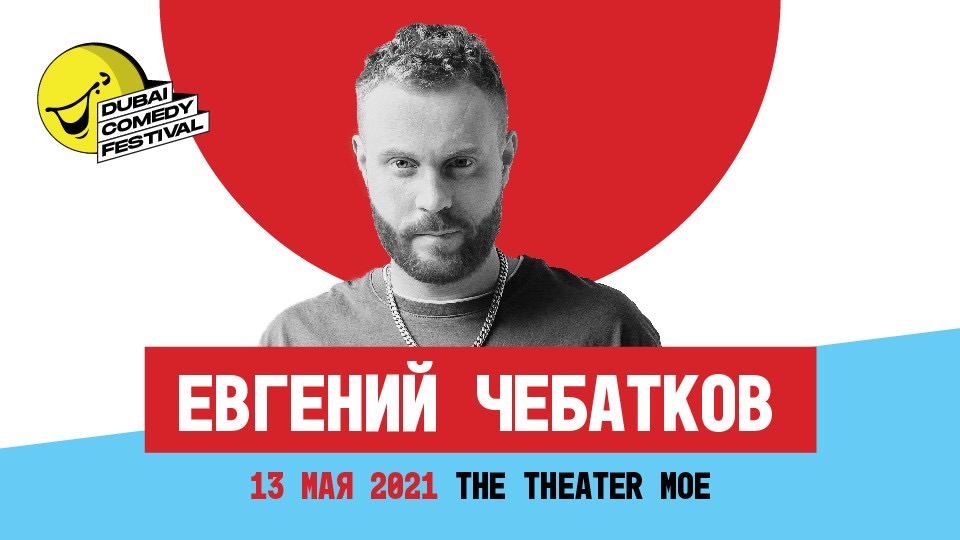 A young and popular Russian comedian of the new generation, Yevgeniy Chebatkov, will be performing live for the first time in Dubai! Representing his new solo concert “The Way Home”. Yevgeniy is known as a charismatic resident of the Stand-Up Shows on “TNT” channel. His show will include the best observations of life in Kazakhstan, where the comedian grew up, and in Canada, where he began to practice stand-up. Chebatkov is also known as a voice actor, being the Russian voice of one of the Teenage Mutant Ninja Turtles.

Three of the world’s most outrageous stand-up comedians will be performing for five nights in different locations (see below)! Headlining their ‘Downright Nasty!’ tour is comedy bad boy and writer Agostino Zoida. This Italian-American-born LA resident contributed to shows such as “It’s Always Sunny in Philadelphia” “Louie” and “American Horror Story”.

Next on the bill, fantastically funny, George Zach was lured by the idea of living in the country of Hugh Grant, Mr. Bean, and Lady Diana; Due to the family budget, however, instead of living it large in Notting Hill, he ended up in Newcastle Upon-Tyne. Prepare to hear the tales of his unconventional journey into these live stand-ups.

And finally, hailing from Estonia and just returned from a year in Vancouver, Canada, Ari Matti Mustonen will be enthralling the audience with stories about life growing up in Eastern Europe. 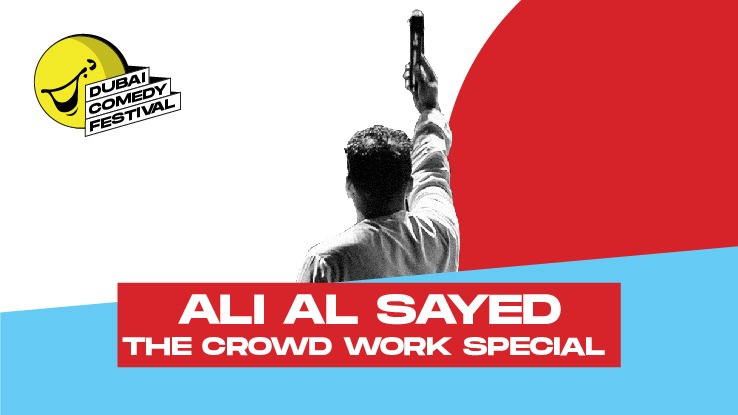 Back by popular demand, a renowned Emirati comic Ali Al Sayed will bring an unscripted, unfiltered, improvised crowd work show with 100% crowd interaction. The award-winning comedian has been entertaining crowds for years with his quick wit and uproarious banter. He has performed all over the world, including the iconic Comic Strip Live comedy club in New York and the Edinburgh Fringe Festival. 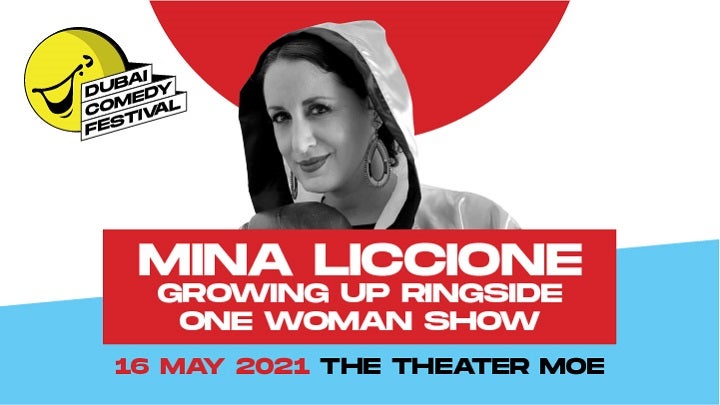 A UAE star, Mina Liccione, will be performing brand new material with her one-woman show, Growing Up Ringside. The show will include hilarious and heartfelt untold stories and imagery from her New York upbringing. Mina is an award-winning artist and comic from New York. After moving to Dubai, she set up Dubomedy – the region’s first comedy school. She also started the country’s first all-female comedy group, Funny Girls UAE.

The French-Moroccan stand-up comedian Gad Elmaleh is a comedy legend in the French-speaking world, and now he’s bringing his sparkling wit with two shows at Dubai Opera. As well as comedy, he’s also tried his hand at acting, starring in blockbusters such as Midnight in Paris, Jack & Jill, and Priceless – and in 2019, he wrote and starred in the Netflix sitcom, Huge in France. With almost 30 years of success in stand-up, acting, directing, and writing under his belt; France’s favorite funnyman is sure to have you rolling off your chair with fits of laughter. 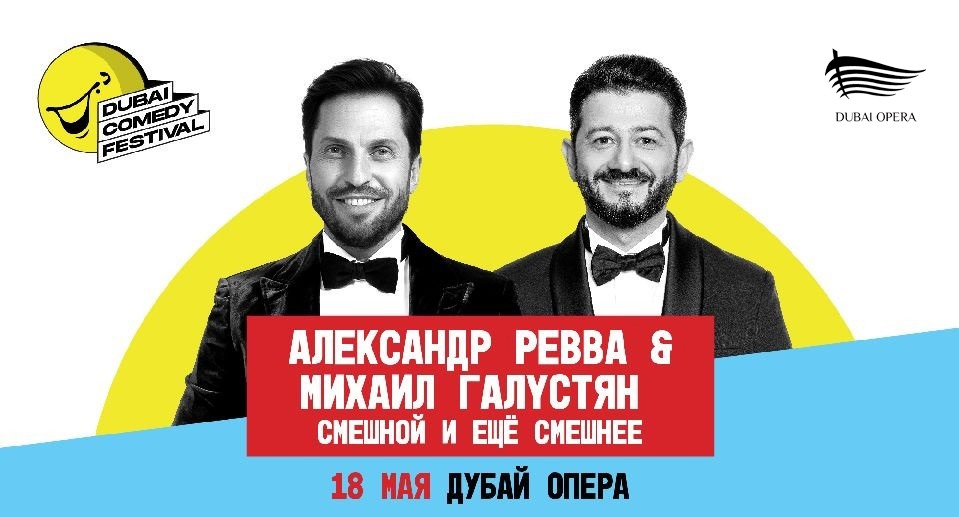 Two of Russia’s legendary and beloved comedy stars, Alexander Revva and Mikhail Galustyan, are coming together to take the stage at Dubai Opera for a rib-tickling night. Representing their latest show, Funny and Even Funnier, which promises to leave audiences crying with laughter. This terrific duo has an incredible sense of humor, crazy energy, and charisma. Their flashy jokes are easily remembered and the phrases immediately become quotes.

This is the Arabic language stand-up comedy show that features some of the best Arabic stand-up comedians live at Dubai Opera. Making the roster for the Arabic Stand Up show are acclaimed comics including Emirati funnyman Ali Al Sayed, Netflix star Adi Khalefah, and the Saudi comedian and TV presenter Bader Saleh. They’ll also be joined by Eman Khallouf, a rising star in the local comedy scene.

The show will be entirely performed in Arabic. Age policy: 15+ 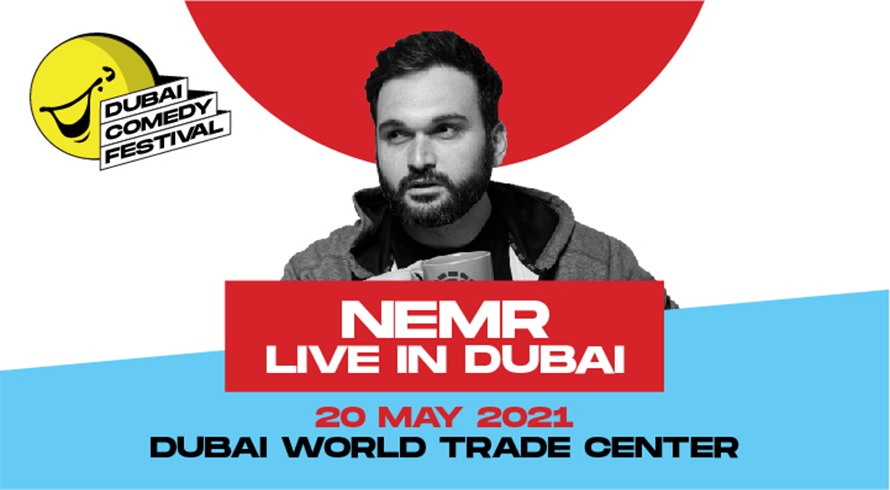 A night of hilarity with the Lebanese-American stand-up comedian Nemr! American stand-up comic is often credited as a pioneering comedy in the Middle East and has since gone on to perform his shows, such as Made In The USA, Epic, and No Bombing In Beirut, all over the world. He’s also made regular appearances on television shows including The Nightly Show with Larry Wilmore, entertaining audiences worldwide. 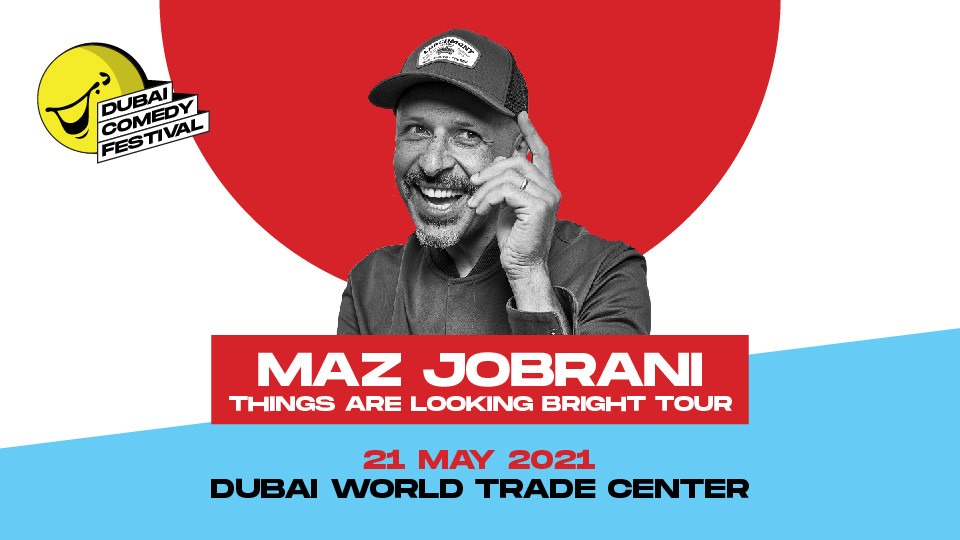 Maz Jobrani is back in Dubai and bringing new content with his ‘Things Are Looking Bright’ tour. American-Iranian quick-witted comic is renowned for his sharp, speculative comedy and audience interaction. Known for his specials on Netflix and Showtime, fans will also recognize the performer from his appearances on The Late Show, and from his role in The Axis of Evil Comedy Central tour featuring Middle Eastern comedians. 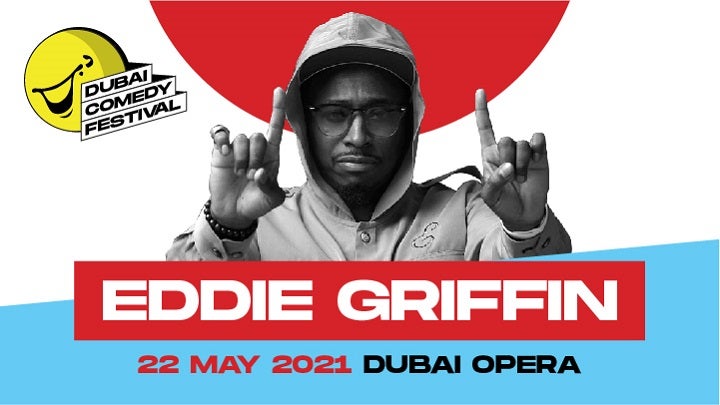 The American actor and comedian, Eddie Griffin, will be taking to the stage at Dubai Opera bringing his experience where the jokes and stories are raunchy but real as he comments on pop culture and daily life. Griffin is best known for starring in movies such as Norbit, Undercover Brother, and A Star Is Born. He has been performing live ever since he burst onto the comedy scene in the early 90s. His latest comedy specials ‘Eddie Griffin: Undeniable’ was released in 2018 to rave reviews.