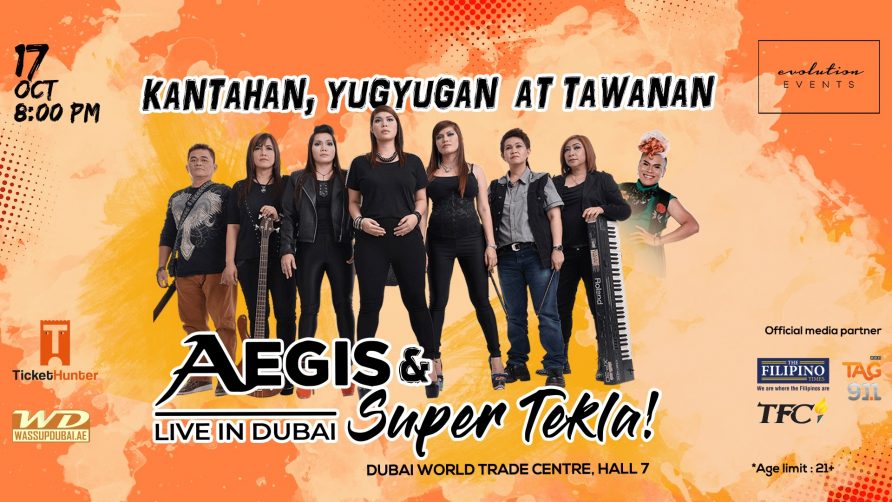 The band from the 90’s Aegis and veteran comedian Tekla will bring Dubai World Trade Centre to life. It will be a night to remember, with plenty of good music, laughter, food, and drinks. Dj Dennis Castro is on the decks.

Aegis was formed in 1993, its original name was AG’s Soundtrippers. The band was widely popular in its homeland in the Philippines, in Japan and other countries of the region, their songs were even included in the popular musical Rak of Aegis. Musicians will perform their most famous hits and new compositions.

Filipino actor and comedian Tekla (Romeo Librada) is also known as a popular TV presenter who has participated in many comedy television programs, as well as a singer performing in the genre of musical impersonations.