Home / Articles / Developments/
To get your personalized content feed, feel free to register, sign in and select what interests you in your Preferences. 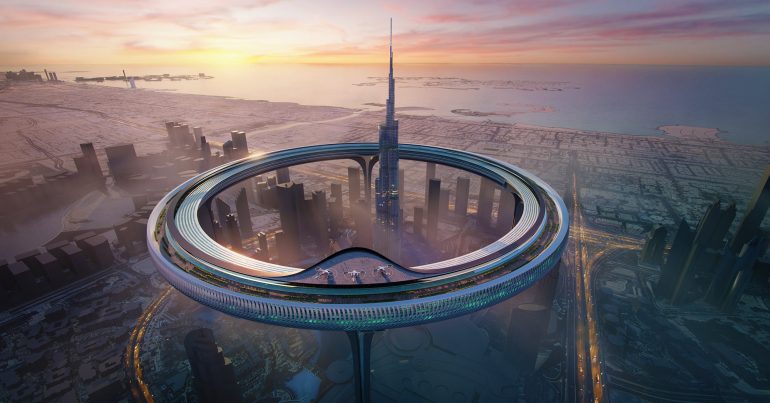 Designed to be self-sufficient and sustainable, the Downtown Circle project is a spectacular futuristic concept. The magnificent 1,804-foot-tall ring is stated to be a mixed-use facility consisting of houses and public and commercial blocks. However, the most striking aspect of the ring is that it surrounds the world’s largest free-standing skyscraper, Burj Khalifa, and will encompass all of Downtown Dubai within a 1.9-mile radius.

This concept, magnificent in its grand scale, weds community, luxury, and futuristic urban planning in a wildly ambitious design, which has been brought to life by a series of mesmerizing illustrations created in collaboration with Pictown, a company that specializes in architectural renderings.

ZNera Space’s principal architects, Najmus Chowdry and Nils Remess, envision Downtown Circle as a horizontal stroke against Dubai’s vertiginous, futuristic skyline of seemingly endless skyscrapers. The Downtown Circle Project investigates how at this critical time in the country’s development, architects and urban planners can move away from previous urban models of isolated skyscrapers, towards a more humane typology that seeks to emulate nature and create diverse public spaces.

As the global population rises and cities become more crowded, the fabric of urban centres is changing. Nowhere is the phenomenon more pronounced than in Dubai, where rapid urbanization drive has prompted rapid urban growth characterized by skyscrapers and sprawl.

As a response to the dilemma of how to build densely while retaining liveability, the Downtown Circle project establishes a sustainable and a self sufficient vertical urbanism. As a singular mega building complex, it aims to create a hyper efficient urban center that gives back to the environment The proposed 550 meter tall mega structure offers an alternative to the singular and unconnected high-rises found in most metropolitan areas.

Sustainability as a Priority

In UAE, temperatures often exceed 40 degrees Celsius (104 degrees Fahrenheit), and the architects want their design to set a new benchmark for sustainability in the region.

“The entire ceiling will be a stretch of solar panels,” said Chowdry. “What we also want to do is implement a technology that we have already used in a previous project, solar hydrogen cells.”
This technology uses solar energy to convert water into hydrogen which can then power the air conditioning and provide energy to the building. 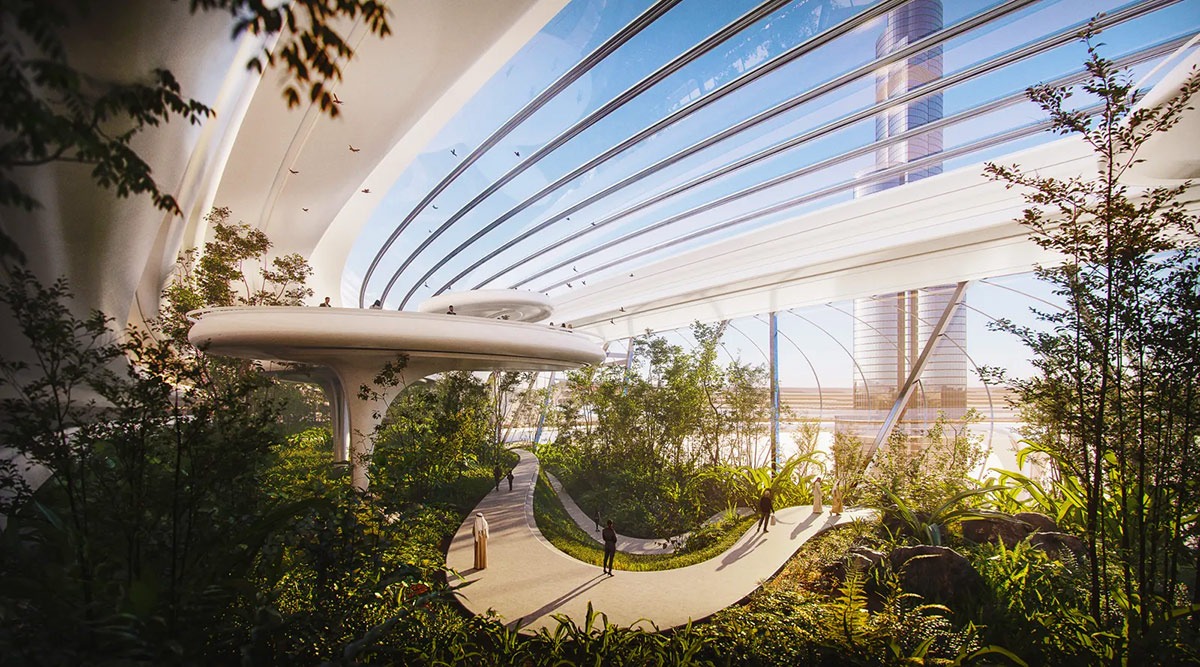 The idea for the Downtown Circle arose during the pandemic, when the lifestyle of people in cities and their homes altered. Reconsidering the living conditions of skyscraper residents, this out-of-the-box concept focused on new-age living and exemplifies on experimental architecture. “We looked at aspects such as garbage disposal, food production, traffic problems, pollution. We put all these things together and came up with the concept,” Remess stated.

As compelling and radical a design the Downtown Circle may be, it is (for now) practically and financially implausible, Chowdry and Remess admit.

“It was meant to be a conversation starter,” said Chowdry. “Something that could trigger people to rethink urban development, to rethink city congestion … We are promising the sustainable city.” 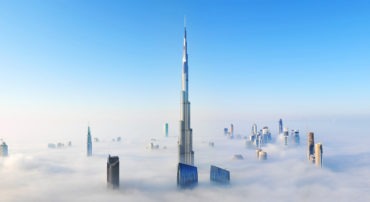 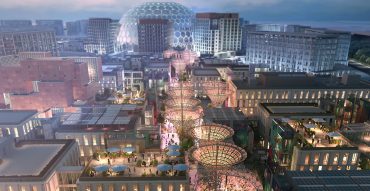 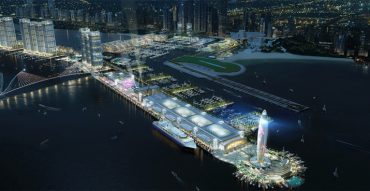 Dubai Lighthouse, The New Icon On The Way
Dubai is well known for its glitz and glam, but it is also famous for its ambitious projects - both completed and proposed. The Dubai Lighthouse, a large skyscraper located in the edge of Dubai Harbour, is definitely one of them.
Read the Article
Advertise on Comingsoon.ae