Holy month of Ramadan, Day 19 | Coming Soon in UAE
Home / Articles / Information/
To get your personalized content feed, feel free to register, sign in and select what interests you in your Preferences. 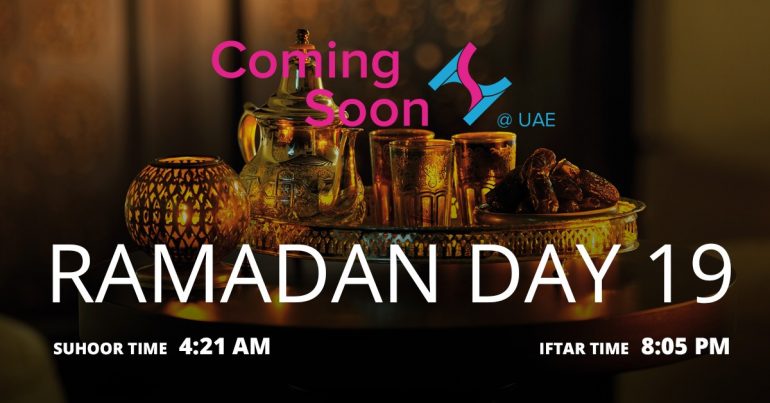 1 May 2021
5 minutes to read
Advertise on Comingsoon.ae
Join our Telegram Channel! Receive all the latest updates Faster. Add Your Event

Ramadan, like any other month in the Islamic calendar, begins with a new moon. But the debate about exactly what moment to consider the beginning of the holy month each year begins anew.

It would seem simple – if you saw a crescent of the new moon in the sky, you can consider the beginning of Ramadan held. But in fact, the observation of Hilal (crescent) is not such a simple task. There is even an opinion that it was precisely this occupation that pushed Muslim scholars, no less, to begin developing such science as astronomy.

With the development of modern astronomy, finding out the exact time of a new moon is not difficult. But many Muslims believe that the tradition based on the words of the Prophet Muhammad (PBUH), to begin fasting, only after seeing the crescent moon, is true and not subject to dispute. Adherents of the scientific approach say that sometimes the moon is not so easy to see, bad atmospheric conditions can interfere with this. And then there may be disagreement about whether the period of fasting has already begun or not yet.

Another reason for disagreement is the tradition that the official announcement of the beginning of Ramadan is being made by the moon-sighting committee in Mecca, Saudi Arabia. This tradition derives from the fact that Mecca is a holy city in Islam. And although the majority of Muslims adhere to this tradition, some countries dispute the right of Saudi Arabia to be the final authority on such an important issue for Muslims. It is worth noting that although Saudi Arabia is an authority in designating the beginning and end of Ramadan, each country has its own committee on this issue.

O Allah, on this day, multiply for me its blessings, and ease my path towards its bounties, do not deprive me of the acceptance of its good deeds, O the Guide towards the clear truth.