Holy month of Ramadan, Day 20 | Coming Soon in UAE
Home / Articles / Information/
To get your personalized content feed, feel free to register, sign in and select what interests you in your Preferences. 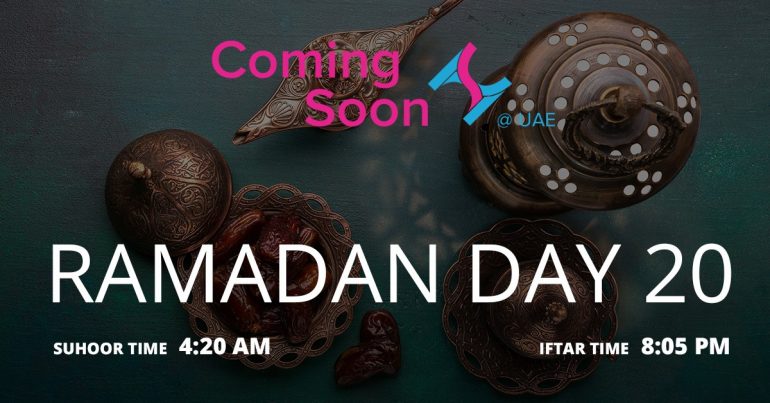 2 May 2021
5 minutes to read
Advertise on Comingsoon.ae
Join our Telegram Channel! Receive all the latest updates Faster. Add Your Event

The word Ramadan is the name of the ninth month of the Islamic calendar. But the meaning of the word in the modern world has expanded, it also means the tradition of fasting, the fast itself which Muslims perform during this month.

The word Ramadan is based on the Arabic three-letter-root template r-m-d. Many researchers put forward their assumptions about the possible meaning of words originating from a given root. Among them are “sun-baked sand”, “intense heat in the stomach”, “preoccupation with grief”, “wait for something” and many other meanings. But the most common version is that the word comes from ramida or ar-ramad that originally meant “the hot month”, “scorching dryness and heat”.

All meanings of the word are associated with the idea of heat. Initially, in pre-Islamic Arabia the month fell on hot summer days and therefore received such a name. Since the Islamic calendar is based on the lunar cycle, Ramadan, for its cycle of about 33 years, falls on different seasons, but initially, it was the summer month.

Today, many believers expand the meaning of the word and say that the heat in this month burns out bad deeds for someone who observes fast, burns all the sins of the believer and all evil.

O Allah, on this day, open for me the doors of the heavens, and lock the doors of Hell from me, help me to recite the Qur’an, O the One who sends down tranquility into the hearts of believers.