Home / Venues and Places in UAE / Tourist Attractions/
To get your personalized content feed, feel free to register, sign in and select what interests you in your Preferences. 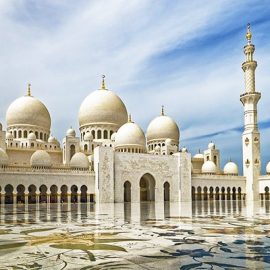 If you manage Sheikh Zayed Grand Mosque, or wish to list a venue on Comingsoon.ae, kindly use List your venue form.
Anything wrong with the venue information? Suggest an edit!

The Sheikh Zayed Grand Mosque is the largest mosque in the United Arab Emirates and an important destination for both worshipers and tourists.

The impressive Sheikh Zayed Mosque is located in Abu Dhabi. Its breathtaking appearance blends together architectural styles from different Muslim civilizations, celebrating cultural diversity. Its various design ideas were borrowed from parts of Turkey, Morocco, Pakistan, and Egypt, among other Islamic countries.

Sheikh Zayed Grand Mosque (also called “The White Mosque” sometimes) is truly an architectural marvel, and a jewel of both Abu Dhabi, and the whole Islamic world. The mosque is large enough to accommodate over 40,000 worshipers, while the main prayer hall can hold over 7,000. There are two smaller prayer halls, with a capacity of 1,500 people each, one of which is the prayer hall for women. The carpet in the main prayer hall is considered to be the world’s largest carpet. A number of beautiful chandeliers inside incorporate millions of Swarovski crystals. Its many columns are clad with natural multi-colored marble and inlaid with mother of pearl.

Tourists are welcomed to visit the Sheikh Zayed Grand Mosque during the day between prayer times. It is important to keep in mind a strict dress code inside the mosque for both men and women.

Like Sheikh Zayed Grand Mosque? Login to add to favorites!

Other Tourist Attractions in  Abu Dhabi 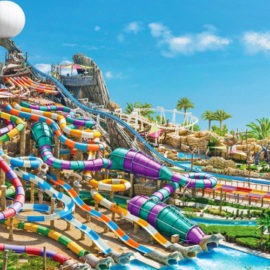 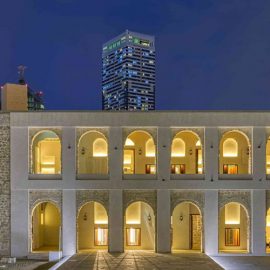 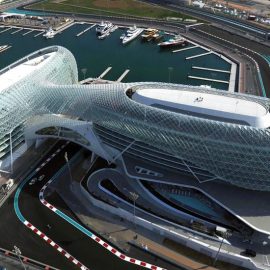