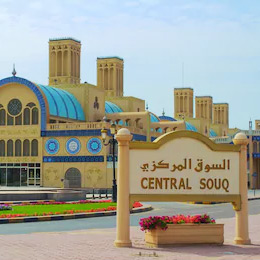 
View map & directions
+971 6 556 6777
If you manage Sharjah Central Souq, or wish to list a venue on Comingsoon.ae, kindly use List your venue form.
Anything wrong with the venue information? Suggest an edit!

If you are planning to explore Sharjah, The Central Souk (originally The Souk al-Markazi)  should definitely be one of your first destinations. Located in the beautiful Buhaira Corniche, it is definitely worth a visit.

Occupying two long air conditioned halls connected by indoor bridges, the Central Souk (or ‘Blue Souk’, or, how it is sometimes called as well, ‘Trains’) is well-known among local residents as an iconic landmark and a destination for quiet, cozy shopping. One of its halls sells mostly gold and silver jewellery with precious and semi-precious stones; the other has a wider variety of stores and offerings, ranging from electronics to clothes, shoes, rugs and, notably, authentic antiques.

In many ways, it is different from other shopping malls in the UAE, having much more in common with traditional Eastern bazaars – and this is what makes this destination unique. It’s a beautiful complex, located in no less beautiful part of Sharjah, close to many parks, museums, and a magnificent corniche.

The blue, tile-trimmed facade of the Central Souk is an iconic landmark on the Sharjah map, being one of the city’s most photographed buildings. Since its completion back in 1978, it became a symbolic location with a significance to Sharjah, as well as UAE as a whole. The importance of The Central Souk was so high, if was even featured on a five-dirham note – and remain there ever since.

Like Sharjah Central Souq? Login to add to favorites!

Other Shopping Malls in  Sharjah 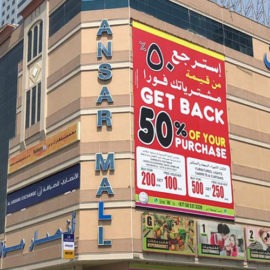 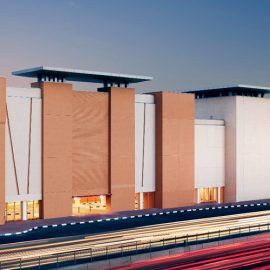 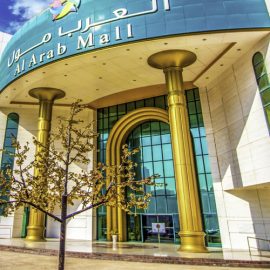