Christmas Night with George Wassouf & Melhem Zein in Dubai | Coming Soon in UAE
Home / Upcoming Events in Dubai and other Emirates / Holidays/
To get your personalized content feed, feel free to register, sign in and select what interests you in your Preferences. 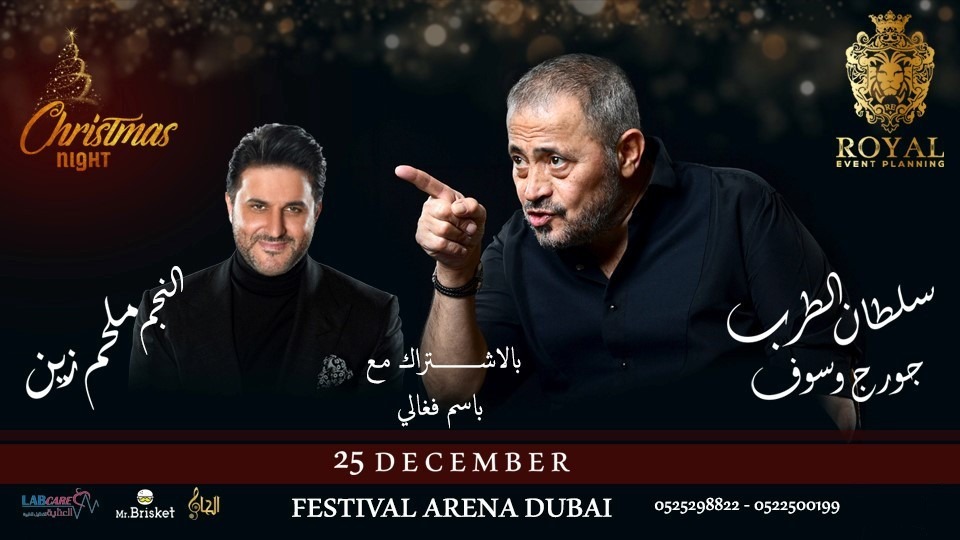 George Wassouf and Melhem Zein along with Bassim Fghali will perform live on the night of Christmas at Festival Arena by Intercontinental.

This years’ Christmas is promising to be filled with music and comedy as Lebanese singer and comedian Bassim Fghali will be joined by popular singers, George Wassouf and Melhem Zein. George Wassouf is a Syrian singer with over 30 albums in his name. He has sold around 60million records worldwide. He will be joined by one of the judges from the MBC’s Voice Senior and Lebanese pan-Arabian singer, Melhem Zein.

The minimum age for entry is 21 years. Food and drinks will be available and smoking is not prohibited at the venue. A ticket with the QR code should be presented for entry. Temperature checks and social distancing measures will be in place.