The Museum of the Future: a unique complex to open in Dubai in 2019 in Dubai | Coming Soon in UAE 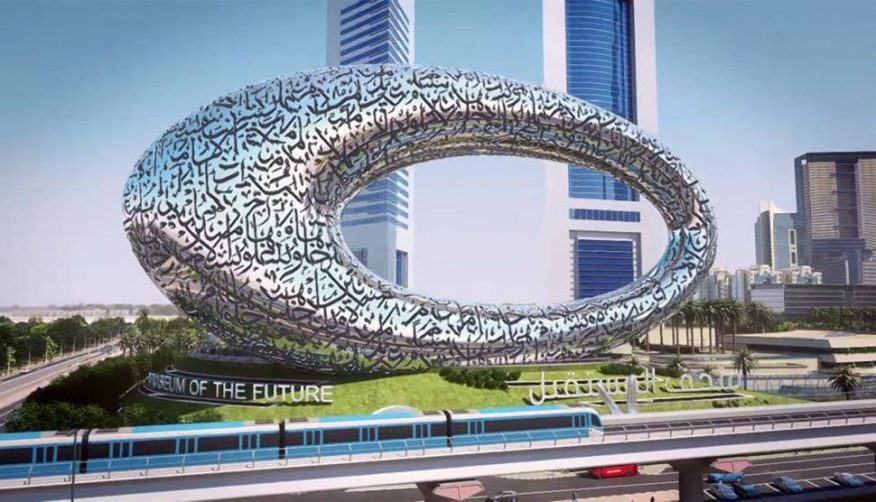 Route 2020 Dubai metro extension for Expo 2020The Mall of the World: the largest and most unique mall of its kindDubai Creek Tower: Dubai’s New Monumental ProjectDeira Mall – the majestic mall of the futureMegaproject Dubai Harbour

A unique scientific complex, dubbed “The Museum of the Future”, is undergoing construction in Dubai and will be opened in late 2019.

Initiated by His Highness Sheikh Mohammed bin Rashid Al Maktoum, The Museum of the Future is set to be not just a collection of artefacts, but also a major hub for scientific research, innovation and futuristic design. The complex will provide demonstrating and testing grounds for the world’s latest technological inventions and prototypes, as well as facilities for educational courses and workshops.

It will be able to host events like presentations or talks, held in the dedicated public event space or in the Museum’s theatre. Besides, the Museum will include research labs, innovation facilities and design studios, operated by partners such as universities, technological start-ups or world’s major companies.

The Museum’s construction itself represents a unique technological challenge. The shape of the building differs drastically from the classic angular glass-and-steel skyscrapers of Dubai: it will be a torus, a horizontal ellipse with an opening in the centre. Concept images show a giant streamlined structure, a work of art itself — with a silver surface covered in Arabic calligraphy, each glyph being actually a window. Building information modelling and 3D modelling are used extensively in the construction process. The structure, set to rise next to the Emirates Towers, is already dubbed “the world’s most complex building”.