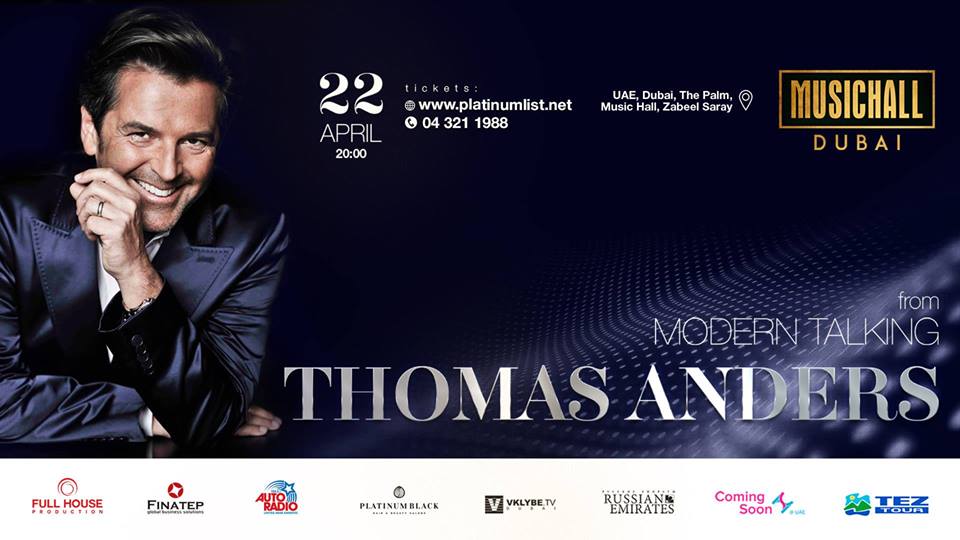 Thomas Anders from Modern Talking will take to the stage at Music Hall on 22nd April 2017.

Thomas Anders has a fantastic musical pedigree and can look back on wealth of show business experience.
Modern Talking was the most successful German pop duo ever and shaped the musical history of the 1980’s.

Thomas Anders is a singing star, a song writer and an entertainment professional capable of bringing true European cosmopolitan flair to any event you stage. He exerts a fascinating and charismatic charm on his audience members as he takes them on a musical journey through time. Countless songs create a dreamlike atmosphere and bring the memories flooding back.

“You’re my heart, you’re my soul”, for example, reached number 1 in 81 countries. Worldwide CD sales of Modern Talking and of Thomas Anders’ solo works have now topped the 125 million mark. Thomas Anders has received more than 420 gold and platinum discs or CD’s and numerous awards to mark his artistic achievements.

Despite such triumphant success, Thomas Anders is a man who is constantly on the look out for the next challenge. A serious and professional entertainer, he does not know the meaning of the word stagnation.

The worldwide success he enjoyed with Modern Talking was followed by the release of many solo albums in Germany and abroad. His most recent solo pop album “STRONG” sold over 1.000.000 copies in Russia alone and was awarded a platinum disc.

The video for “Stay with me”, a track taken from this album, was one of the most spectacular of Thomas Anders’ career and saw him perform the role of James Bond in true 007 style.

Thomas Anders is a true and original representative of the very best that pop culture has to offer.

We will be happy to see you at Thomas Anders concert! All ages welcome! 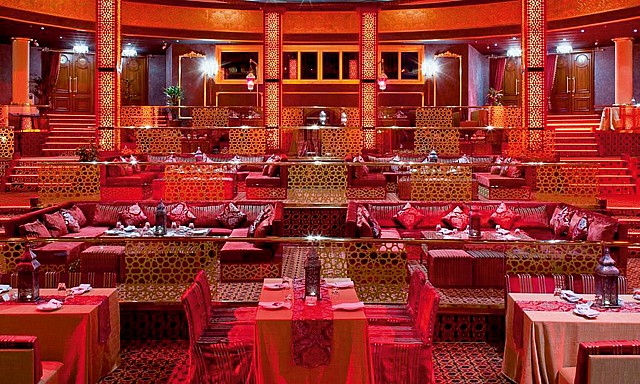