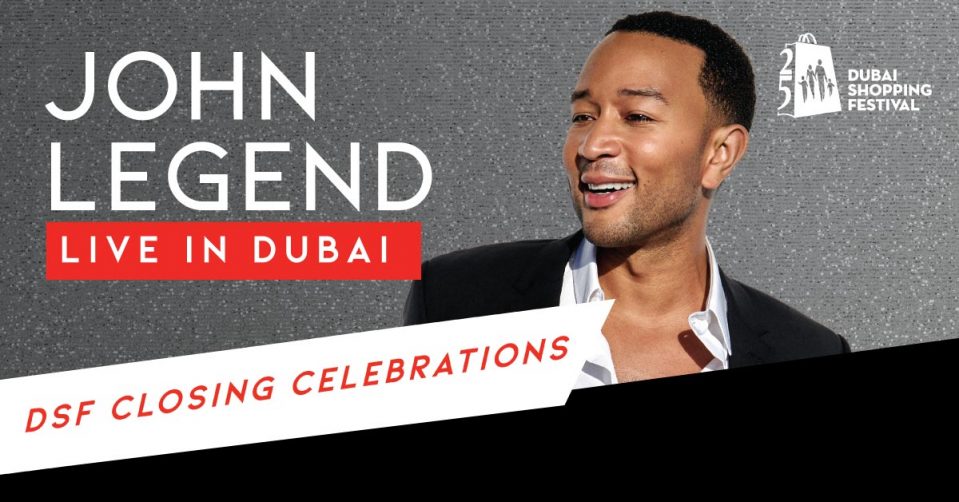 US star, John Legend is to perform at Coca-Cola Arena on January 31 closing DSF season.

Legend’s performance will mark the ending of a festive season of the Dubai Shopping Festival 25th anniversary. The multi-Grammy Award-winner, hitmaker, and composer will headline the show with a renowned repertoire of the top tracks.

John Legend is soul and R&B singer and songwriter. John has collaborated with the stars like Kanye West, Alicia Keys, Jay-Z, and Lauryn Hill. Having performed for Dubai Jazz Festival in 2018, the singer returns to the Middle East to play the hits from his 16-year singing career.

With six studio albums, Legend’s song list includes chart-toppers “Ordinary People”, “Used to Love You” and “All of Me”. The other of his most famous songs are “Tonight (Best You Ever Had)”, “Glory”, and “A Good Night”.