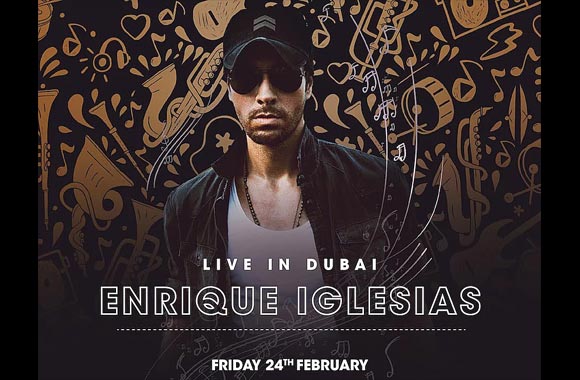 Enrique Iglesias will perform on 24th of February in Dubai for the Emirates Airlines Dubai Jazz Festival.
He is the headline act for the third day of the 15th anniversary festival.

Enrique Iglesias, is a Spanish singer, songwriter, actor and record producer. He is widely regarded as the King of Latin Pop. Iglesias has become one of the biggest stars in Latin America and the Hispanic market in the United States.
Iglesias has sold over 59 million records worldwide, making him one of the best-selling Spanish artists ever.
He has won more than 200 awards from various ceremony including 23 Billboard Music Awards, 36 Billboard Latin Music Awards, 8 American Music Awards, 1 Grammy, 5 Latin Grammy, 10 World Music Awards.