David Guetta set to perform in Dubai! in Dubai | Coming Soon in UAE 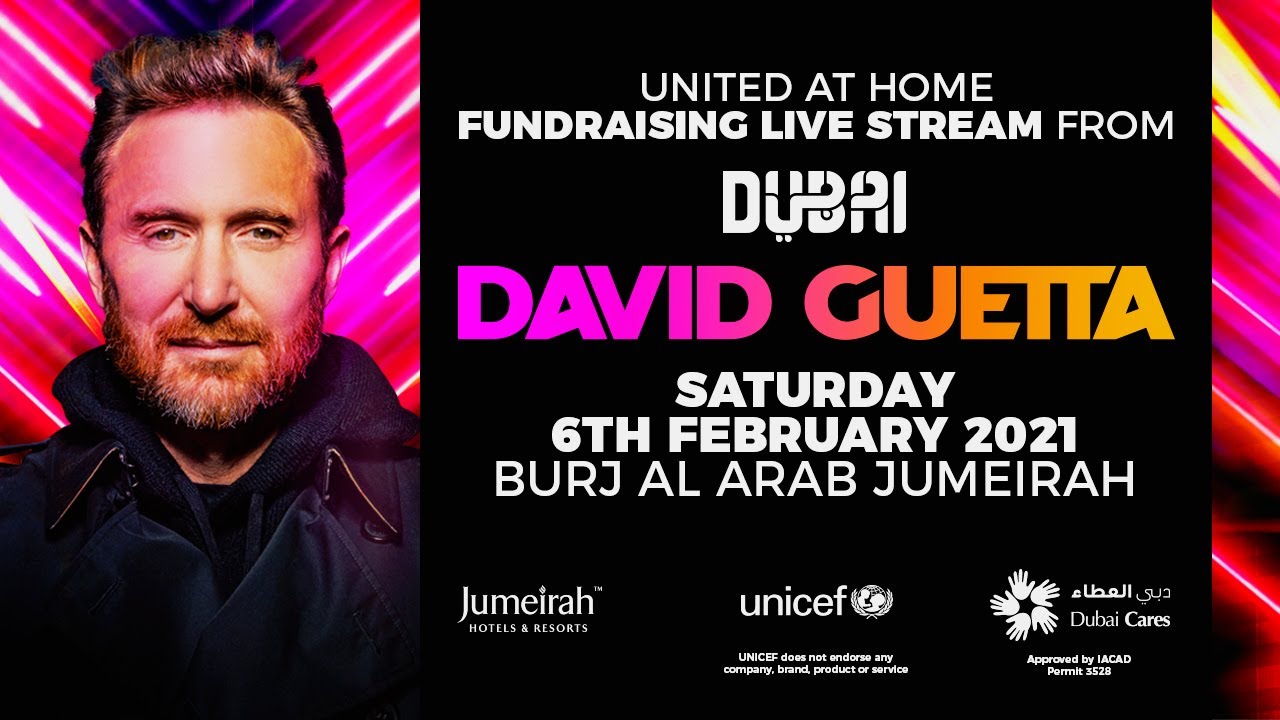 The French Sensation to perform a free online concert from the helipad of the iconic Burj Al Arab in Dubai!

The world reknown number 1 DJ takes the stage to perform for a good cause here in Dubai. David Guetta rose to fame in the early 2000s sparking the wave of electro dance music. He pursued his career in the EDM industry and released chart-topping music such as “Without You”, “Titanium”, “When Love Takes Over”, “Gettin’ Over You” and much more.

The French DJ and producer has sold more than 30 million singles worldwide, working with an array of stars including Sia, Flo Rida, Avicii, Akon, and The Black Eyed Peas.

David Guetta dedicates this performance to Dubai, a city he calls his second home, and invited his million fans worldwide to witness this extravagant show that will take place at Dubai’s prestigious hotels. This event is organized to show that there is hope to come, solidarity, and optimism to look forward to while the world is still battling a pandemic.

The concert will be held on February 6th, 2021 as a free online concert in partnership with Dubai Tourism, Jumeirah, UNICEF, and Dubai Cares’ Education Uninterrupted campaign, a fundraising event that focuses on the impression COVID-19 has had on the education of youth and children across the globe.

He also called upon UAE to aid in raising funds for children and youth of low-income families who may not be able to afford a laptop or computer to practice social distance learning. The way that you can donate online is through https://davidguetta.com/donate/. So far with the help of his fans, he has raised around 1.8 million dollars and aspires to raise even more through this event.

Staged against the backdrop of Dubai’s beautiful sunset, fireworks, and indomitable spirit, you can catch the concert on David Guetta’s youtube channel for free. Known for his spectacular performances, surely this is something you would not want to miss!!