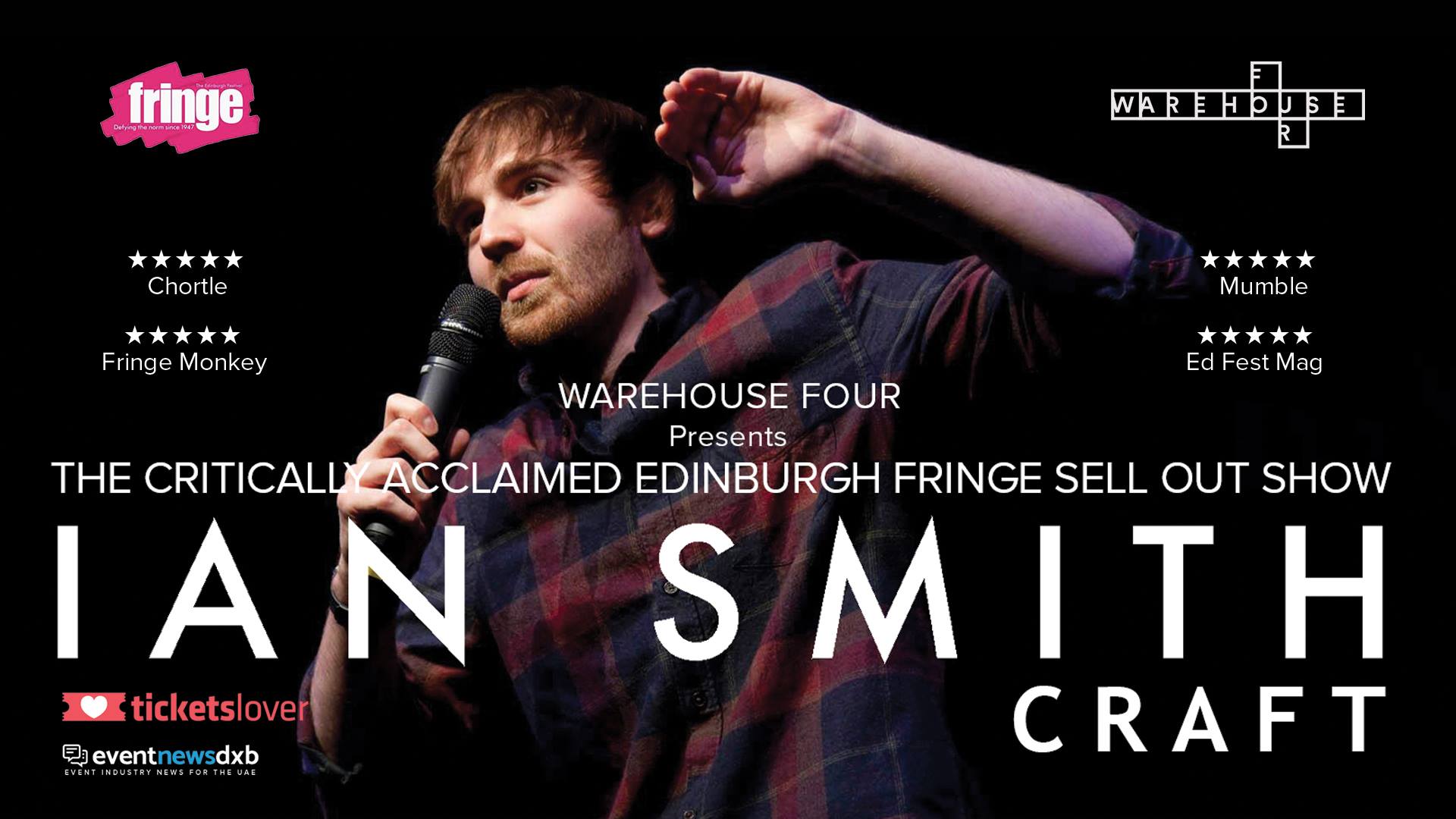 Since starting at a young age, Ian Smith has developed a reputation as an exciting, creative comic. Mixing conversational, energetic storytelling and observations with unique set pieces and exceptional skill for improvisation – Ian is a regular at the biggest comedy clubs in the UK.

After a sell-out run at last years Edinburgh Fringe Festival, multi-award winning comedian is bringing his critically acclaimed fifth solo show, Craft to Dubai. Craft is a multimedia stand-up show about indecision and, at long last, origami. It’s also about his time in New Zealand last year and his strange experience in the glow worm caves of Waitomo. The show is hosted by Dubomedy’s very own Mina Liccione.