Comedy Adda Season 2 Premiere in | Coming Soon in UAE
Important! Due to the situation with the spread of coronavirus, some events may be canceled or postponed. Please double-check with the event organizers before planning your visit. 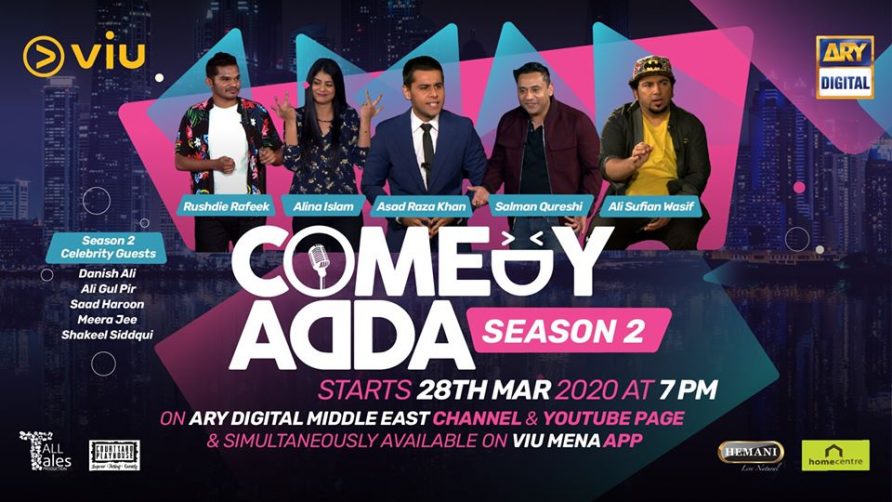 For all those, who stay at home, local talents will give an international production “Comedy Adda is back for Season 2” every Saturday from March 28 on ARY Digital.

Comedy Adda is a mix of a late-night talk show, stand up comedy (Netflix Specials), and improvisational comedy (Whose line is it anyways) making it a unique project of its kind. The show has been completely shot in Dubai by a local production and design team and talents as well. This is also the first Pakistani content made for OTP (online platforms).

The show is running every Saturday at 07:00 PM with a break in Ramadan. 10 Episodes with 5th and 6th together in one day, on May 23-25, depending on Eid 2020 date. The shows are available on ARY Middle East, the Global ARY YouTube Page, and the VIU MENA app.