Christmas Gala with Loboda in Dubai | Coming Soon in UAE 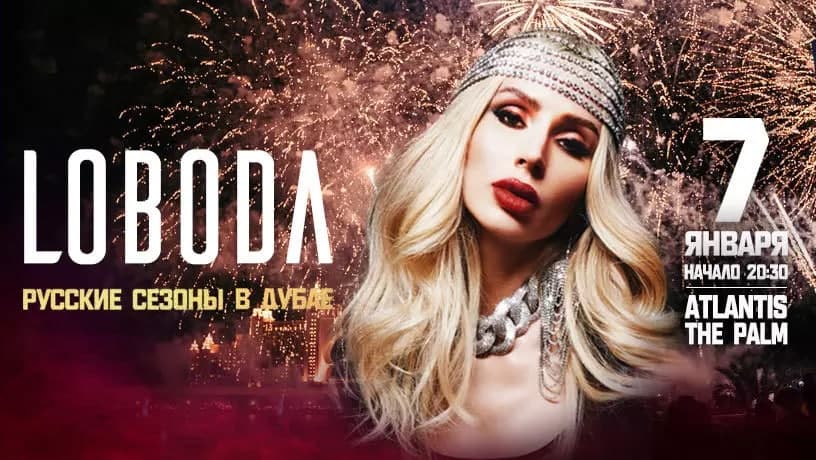 Loboda is set to perform at an epic Christmas gala at Atlantis, The Palm on January 7, 2021.

The Ukrainian star promises a powerful show with live sound, unique costumes, special effects and polished choreography that will enhance the Christmas cheer among the audience. To set the mood for the concert, a  gala dinner with a festive menu will be served before the show.

Svetlana Loboda aka Loboda studied music and entered the department of variety and jazz singing at Kyiv Variety And Circus Academy. In 2003, she got the leading role of Mirana, in a Ukrainian professional musical The Equator. Her first professional experience as a composer and designer was working in her own band ‘Catch’ by making their costume and repertory. Loboda was also part of the VIA Gra band briefly before starting her solo career. She represented Ukraine in the Eurovision Song competition and placed 12th in it.

The venue has been approved by a special commission of the Dubai Government. Safety measures have been put in place at the concert to ensure the safety of all guests, artists and organizers. Tickets for the event can be bought by contacting the organizer via phone number.