“BTS Nights in the UAE” fountain show in Dubai | Coming Soon in UAE
Home / Upcoming Events in Dubai and other Emirates / Culture & Entertainment/
To get your personalized content feed, feel free to register, sign in and select what interests you in your Preferences. 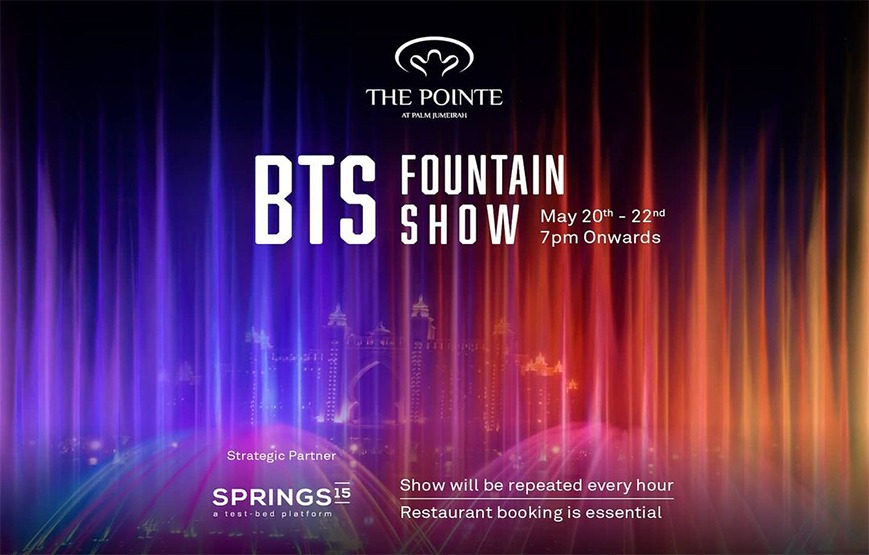 Unforgettable 3 day-long BTS-themed nights from 20th to 22nd of May at The Pointe – the must-see show for all K-pop fans!

This May, The Pointe at Palm Jumeirah will be paying tribute to the world’s biggest Korean boy band, BTS! The audience can come and enjoy some of the group’s most popular songs along with sophisticated fountains set. On 21 May, there will also be live painting displays, as well as two K-pop dance performances, and an exclusive reveal of the septet’s latest chart-topping hit, Butter – to celebrate BTS’s comeback with a new track.

The fountain show itself will start at 07:00 PM and be repeating every hour.

There is also an opportunity to combine dining with the show. Advanced booking is essential at the restaurants. 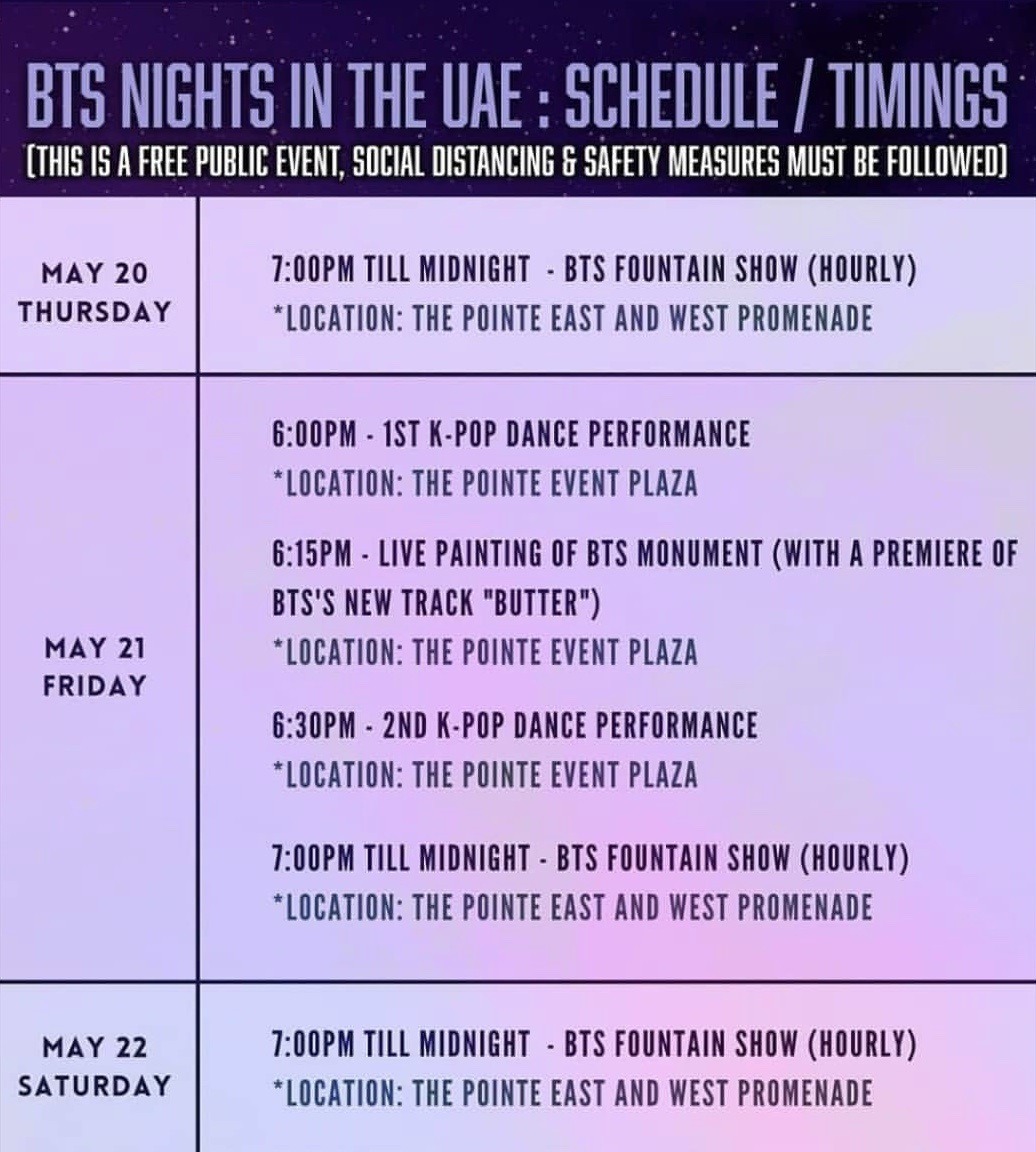 BTS, also known as the Bangtan Boys, is a seven-member South Korean boy group. The band consists of seven male members – Jin, Suga, J-Hppe, RM, V, Jungkook, and Jimin. The “leader” is RM. BTS is an acronym of Bangtan Sonyeondan or “Beyond the Scene.” The group is Grammy-nominated and has been capturing the hearts of millions of fans globally since its debut in June 2013. The fans of BTS are called “ARMY” which is an acronym for “Adorable Representative M.C. for Youth.”

BTS Nights in the UAE Details:

Dates: May 20 – 22, 2021
Time: see the timings in the ‘schedule’ picture above
Duration: every hour
Location: The Pointe Palm Jumeirah
Ticket price: from AED 80
Organized by: Springs 15; BTS UAE Army 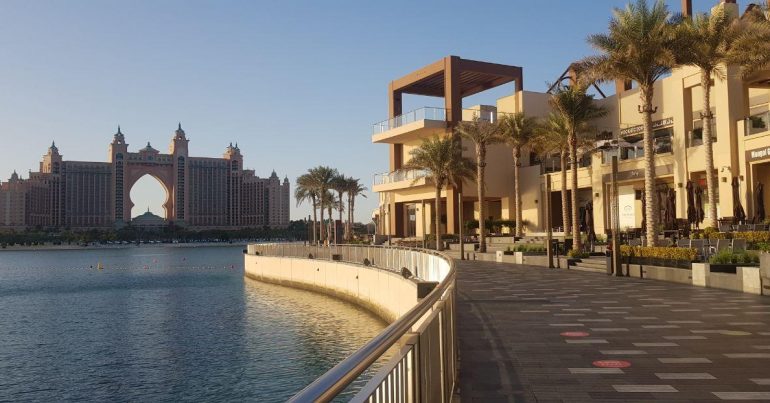