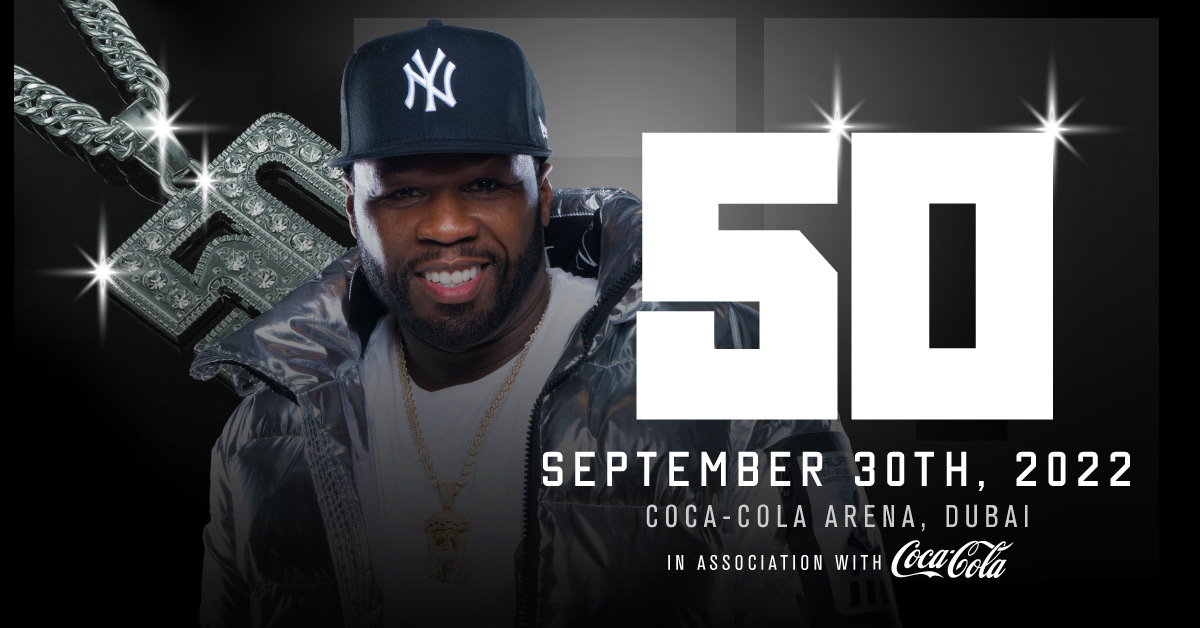 50 Cent is coming to Coca-Cola Arena on September 30th.

The multi award-winning rapper, entrepreneur, actor and producer, Curtis “50 Cent” Jackson will perform at the Coca-Cola Arena as a one-off show as part of his Green Light Gang World Tour.

The platinum-selling superstar has cemented himself into the Hip Hop Hall of Fame, with tracks including ‘In Da Club’, ‘Candy Shop’ and ‘P.I.M.P’ among his best-known numbers.

This event is brought to you by TOP Entertainment in association with Coca-Cola.