South Indian Traditions | Coming Soon in UAE
Home / Articles / Information/
To get your personalized content feed, feel free to register, sign in and select what interests you in your Preferences. 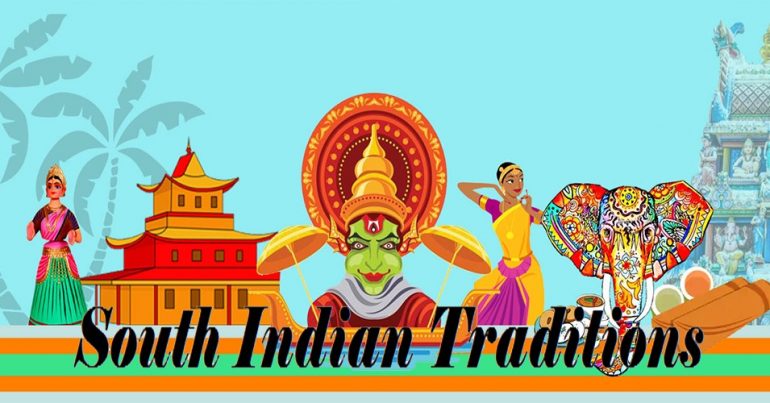 22 April 2021
15 minutes to read
Advertise on Comingsoon.ae
Join our Telegram Channel! Receive all the latest updates Faster. Add Your Event

7 Essential things you need to know about South India!

South India’s distinctive culture that comprises the states of Kerala, Karnataka, Andra Pradesh, Telangana, Tamil Nadu lends itself to a variety of different cultural backgrounds, attractions, and beliefs. South India is bounded on the east by the Bay of Bengal, on the west by the Arabian Sea, and on the south by the Indian Ocean. It covers the southern part of the peninsular Deccan Plateau.

South Indian cuisine, classical music and dance, Kalaripayattu (ancient martial arts), and Ayurveda are just a few of the highlights of this region. This region of the world is home to incredible wildlife, forested valleys, mountains, and jaw-dropping historical architecture. These factors are explained below.

Food is a big part of South Indian Traditions. The South Indian cuisine varies by region, but it is primarily composed of fresh fruit, vegetables, and spices, which produce vibrant colors and authentic flavors that are balanced by rice and lentils. If you’re attending a formal function, don’t be surprised if your meal is served on a plantain leaf rather than a plate! You’ll have the chance to try new tastes thanks to the cultural differences.

The food is usually prepared in a typical home-style way, with recipes that have been passed down from generation to generation.

Carnatic music is a classical form of music from south India that dates back to the 15th century. The Kriti is its most popular form, which is a composition with a fixed raga (melody) and tala (rhythm) but a lot of improvisation. The largest concentration of Carnatic musicians is in the city of Chennai, Tamil Nadu’s capital.

There are several classical dance forms in South India. Perhaps the most well-known is Bharatanatyam. It is thought to have arisen in Tamil Nadu’s Tanjore district. It grew in popularity in temples and is particularly common in Tamil Nadu and Karnataka. The annual Indian Dance Festival, which takes place in Mamallapuram for a month from late December to late January, features a variety of south Indian classical dance styles.

Kalaripayattu is a Kerala-based ancient martial arts form. It is thought to be the world’s oldest martial arts style, dating back more than 2,000 years. (It predates Chinese martial arts, which developed after Buddhist monk Bodhidharma brought knowledge from India to China.)

South Indian women typically wear a saree (or sari), which is an unstitched draping garment that accentuates the wearer’s form. The stomach and navel are only partly covered to respect Indian mythology, in which the Supreme Being’s navel is considered to be the center of inspiration and life.

Hand-woven saris are popular in places like Mysore, Karnataka, and Kanchipuram, Tamil Nadu.

South Indian men usually wear either a colorful lungi or a white dhoti, styles of sarongs embroidered with typical batik designs, unless they are in a formal or religious situation.

Visit ancient temples, tall buildings, sculptures, and early cave temples built from sandstone anywhere you go in South India for an enthralling journey through the ages. They tell stories about community, heritage, and tradition, as well as demonstrate how people lived in the past.

Admire the amazing craftsmanship on show, which varies in style as you walk around, inspired by a number of ruling dynasties over time.

Ayurveda, India’s ancient natural healing method, has been practiced in Thekkady in Kerala for over 5,000 years. It is divided into eight ashtvaidyans, or branches. In Kerala, where 18 families were thought to have practiced these ashtvaidyans and developed their own advanced treatments that were passed down through the centuries. It is related to Kerala in a variety of other legends. Many people already travel to the state for Ayurvedic treatments.

There are many more aspects that describe the authenticity and ethnicity of South Indian traditions. South India is filled with historical literature, powerful heritage, and awesome culture! 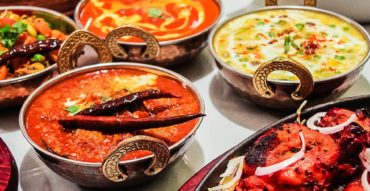