Holy month of Ramadan, Day 3 | Coming Soon in UAE
Home / Articles / Information/
To get your personalized content feed, feel free to register, sign in and select what interests you in your Preferences. 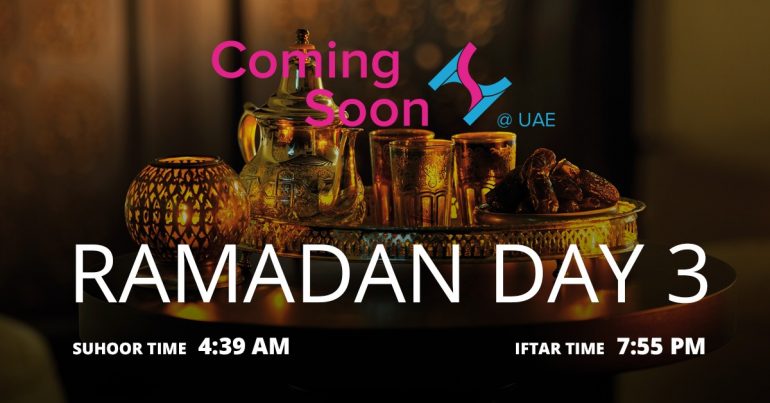 15 April 2021
5 minutes to read
Advertise on Comingsoon.ae
Join our Telegram Channel! Receive all the latest updates Faster. Add Your Event

Traditionally, the 30 days of the holy month of Ramadan are divided into three stages. Also these periods are called Ashras of Ramadan. Ashra is an Arabic word, which means ten.

In the period of the first Ashra, believers seek mercy from Allah Almighty. Dua for the first Ashra: “O! My Lord forgive and have Mercy and You are the Best of Merciful”. During Ramadan, such prayers are considered the most powerful and sacred. At the same time, Muslims themselves should show mercy to those who need it now, choosing more tolerant behavior and acceptance of other people, rather than intolerance and negative emotions.

O Allah, on this day, grant me wisdom and awareness, keep me away from foolishness and pretension, grant me a share in every blessing You send down, by You generosity, O the most Generous.