Release of the first Animation film produced by Emirates 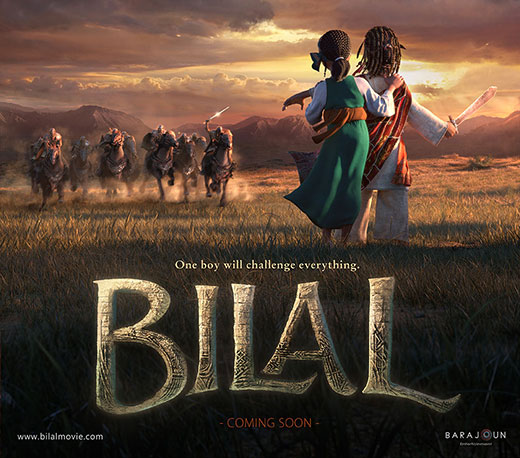 “Bilal: a new breed of hero” is the first Animation film produced by Emirates / Saudi team winning an Award in Cannes, and the first production of Barajoun Entertainment Inc. from Dubai, where Bilal was completely made over.

Animation movie “Bilal” from the producer and co-Director Ayman Tariq Jamal was awarded as “Best Inspiring Movie” on the Animation day in Cannes during Cannes Film Festival.

The award was presented by “Mr. Bruno Chatelin” -Organizer in charge of the Animation Day at Cannes film festival and former director of Sony and Fox studios in Europe.

And it was also announced by Gulf film the distributor of Bilal movie that Bilal will be in screens in the region on September 8.

1,400 year ago, Bilal a seven-year-old boy finds himself with his sister under the tyranny of slavery; he bears many burdens of life in his childhood from which he discovers inner strength he did not know he possessed before. Bilal knew from the bottom of his heart that he must be brave enough to raise his voice and choose his own path, and that everything is possible with determination. His courage was able to undo his handcuffs and set him free. His strong beautiful voice was a real gift from the Creator, but the voice of faith has made his childhood dream come true.