Hankook 24H Dubai taking place this weekend under patronage of Mansoor Bin Mohammed in Dubai | Coming Soon in UAE
Home / Upcoming Events in Dubai and other Emirates / Sports & Leisure/
To get your personalized content feed, feel free to register, sign in and select what interests you in your Preferences. 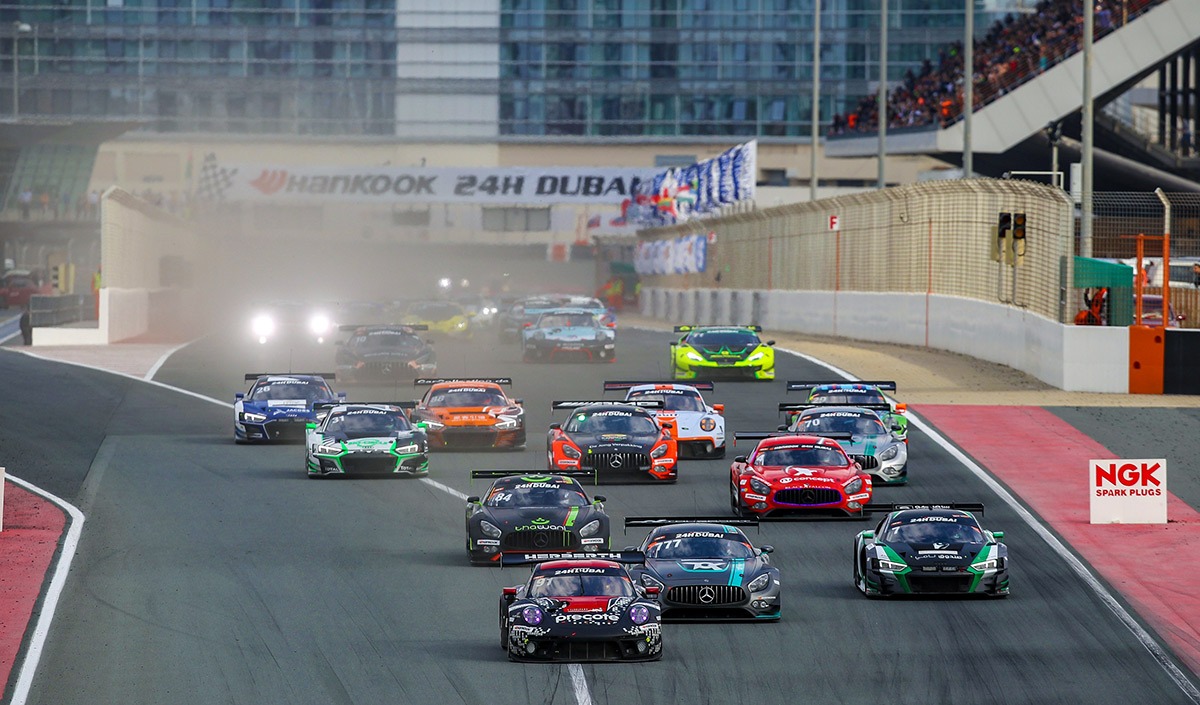 Taking place under the patronage of His Highness Sheikh Mansoor Bin Mohammed Bin Rashid Al Maktoum, Chairman of Dubai Sports Council, the 16th running of Hankook 24H DUBAI will bring Dubai Autodrome alive this weekend with more than 250 drivers across 54 cars, representing 12 brands and 33 nationalities, on the grid in one of the world’s most exciting 24-hour endurance race.

The opening race of the nine-stop 2021 24H SERIES, Hankook 24H DUBAI will be flagged off at 3:00 PM on Friday and the winner will take the chequered flag 24 hours later.

The star-studded list of drivers includes five former outright Hankook 24H DUBAI winners in the hotly-contested GT3 category, but most eyes will be glued on Emirati ace Khaled Al Qubaisi, who, alongside Jeroen Bleekemolen and Hubert Haupt, won the event for a record-breaking third time in 2020, adding to his victories of 2012 and 2013.

“The 2012 Hankook 24H DUBAI was Mercedes’ first 24-hour win since the Sauber C9’s win at Le Mans in 1989, so the car went straight into Mercedes’ museum in Struttgart after that race,” Al Qubaisi, the only Emirati driver to have won the event outright, was quoted as saying on the official 24H SERIES website. “It was also my first Dubai win, with Jeroen, Sean [Edwards], and Thomas Jäger. And it was kind of surreal. 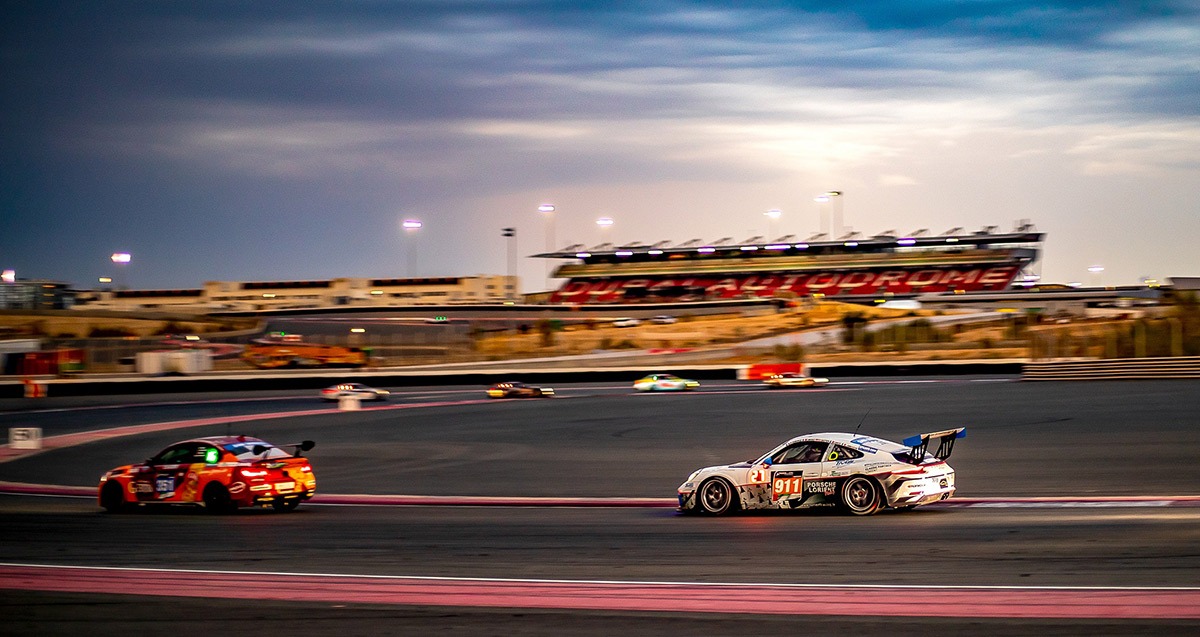 “At the time, I just I couldn’t believe what we’d managed to achieve, because it was on only my second attempt. It involved a bit of luck – winning in Dubai always does – but it was mostly down to our preparation, and working with the right team and the right car on the right strategy.

“That 2012 win just gave me so much momentum, and basically catapulted me into international endurance racing. And because we had the ability, and proven that we could get the job done, Jeroen, Sean and I came back again with Bernd Schneider in 2013 with Abu Dhabi by Black Falcon. And we won again!

“It actually looked like we could win the Hankook 24H DUBAI for the third time in a row in 2014. Unfortunately, we hit some problems while we were leading, so we could only finish third. That was still a good result for the SLS and Black Falcon, but coming off the back of two wins, we couldn’t help but feel a little disappointed.”

The disappointing finishes continued for the following five years until Al Qubaisi won the Hankook 24H DUBAI for a record third time in 2020.

“Talking about the 2015 to 2019 races in Dubai is actually quite painful,” he recounted. “We were always the team to beat; we qualified either on pole position or in the top three, and we were always leading when we had an incident. I crashed out twice. Jeroen was hit by a backmarker once. Luca Stolz got taken out during a Code 60 one year. We had technical problems twice, maybe three times.

“That third win just didn’t want to come, and to be honest, after winning it twice in a row and thinking the event was my lucky charm, I started to feel like I was jinxed at the Hankook 24H DUBAI.

“So when we finally managed to get the third win in 2020 – Jeroen, Hubert and myself, with Ben Barker and Manuel Metzger – it was such a huge relief because we knew that we had truly earnt it. Even though the race was cut short due to the rain – it’s probably the craziest race we’ve had in Dubai – we still needed to have the pace to be at the front when the red flag came out. So, we were fast, we had the right strategy in place, and while it would have been nice to do the full 24 hours, I truly believe we deserved that win in 2020.”

Talking about the upcoming Hankook 24H DUBAI, where Al Qubaisi will be driving for the newly-established Haupt Racing Team (HRT Bilstein), Mercedes-AMG’s official customer racing entry in Dubai, alongside team-boss Hubert, Maro Engel, Patrick Assenheimer andRyan Ratcliffe, Al Qubaisi said: “As we always do, we’ll be there to win. And hopefully, this year, we can make history together once again.”

Full coverage of the two 30-minute Qualifying sessions, the 90-minute Night Practice, and the full 24-hour race proper will be available via live stream on the 24H SERIES’ official YouTube channel. Full commentary will be provided by radiolemans.com, which begins its 10th partnership year with CREVENTIC in 2021. Regular event updates will also be provided via the 24H SERIES’ official Twitter, Facebook and Instagram accounts. 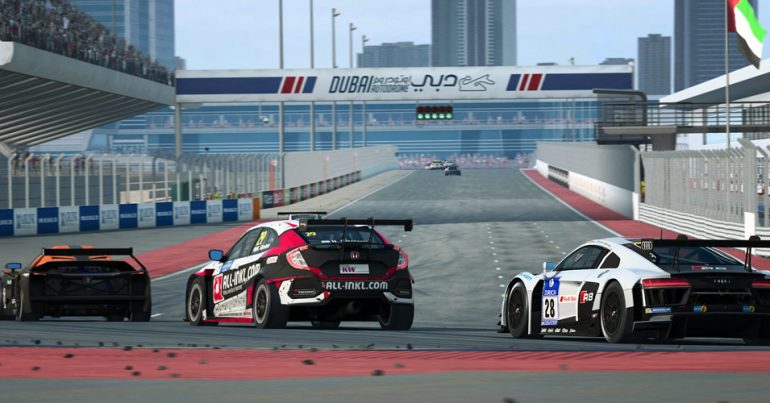