Dubai World Cup 2020 in Dubai | Coming Soon in UAE
Important! Due to the situation with the spread of coronavirus, some events may be canceled or postponed. Please double-check with the event organizers before planning your visit. 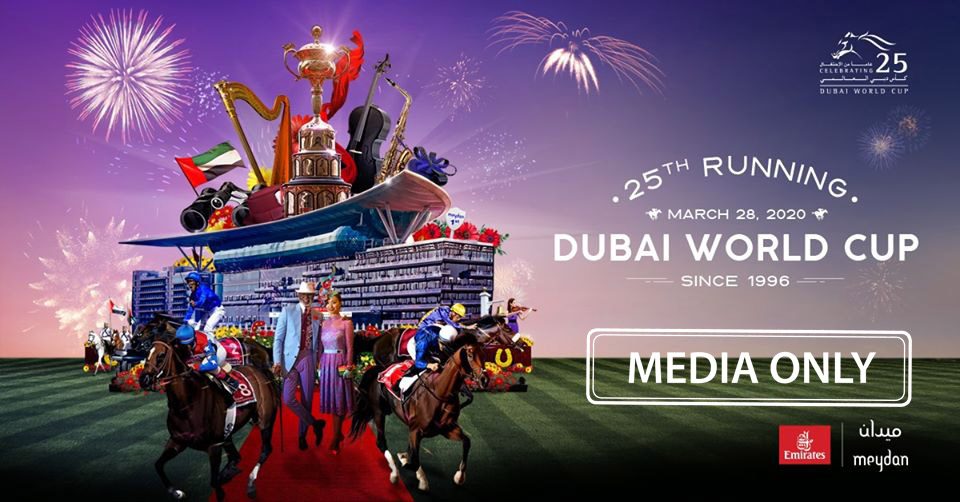 Dubai Racing Club will host the Dubai World Cup meeting inviting authorized media only to contest the races in the regulated standard. The results will be recorded and announced officially. The customers who have purchased tickets will be reimbursed.

“…Only horse connections, racing officials, accredited media and sponsors will be permitted entry. All races will be contested and regulated in a standard fashion and results will be recorded in an official capacity. Ticket sales have been placed on hold…”

Dubai World Cup is the biggest sporting and social event. It is also considered to be one of the world’s richest day of horse racing – worth US$35m in prize money. Traditionally, Dubai World Cup is held on the last Saturday in March and features nine races, an opening ceremony, and a live concert. The event is a good advantage for fashionistas to dress to impress.

Created through the vision of His Highness Sheikh Mohammed bin Rashid Al Maktoum, Vice President and Prime Minister of the UAE and Ruler of Dubai, the Dubai World Cup provides a truly global stage upon which the best horses in the world come to compete every year.