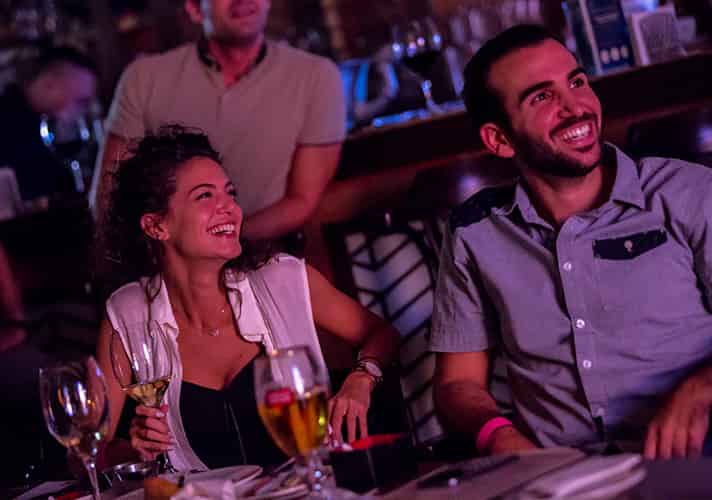 Triple Comedy Night will take place on 6th of July, 2017 at the Jumeirah Creekside Hotel, Dubai.

A one-off comedy extravaganza is coming to Dubai featuring three outstanding comedians from the UK and Ireland. They aim is to have Dubai audiences rolling-on-the-floor-laughing with three times the comedy packed into one night.

Joe Rooney, known for his legendary performance on Father Ted as Father Damo, is bringing his Irish observational and musical impersonation comedy to Dubai, having delighted crowds up and down the UK and Ireland for the past 20 years with a number of tours and TV appearances.

Mark Nelson, meanwhile, was crowned Scottish Comedian of the Year in 2006, and is regularly one of the leading comedians at the Edinburgh Fringe, bringing his surreal and slightly dark comedy style – typified by his everyday observations with cutting one-liners.

Nelson and Rooney will be joined by English comedian Barry Castagnola, the no-nonsense, self-deprecating southerner.

Join to this night and bring proper belly laughs to the stage.