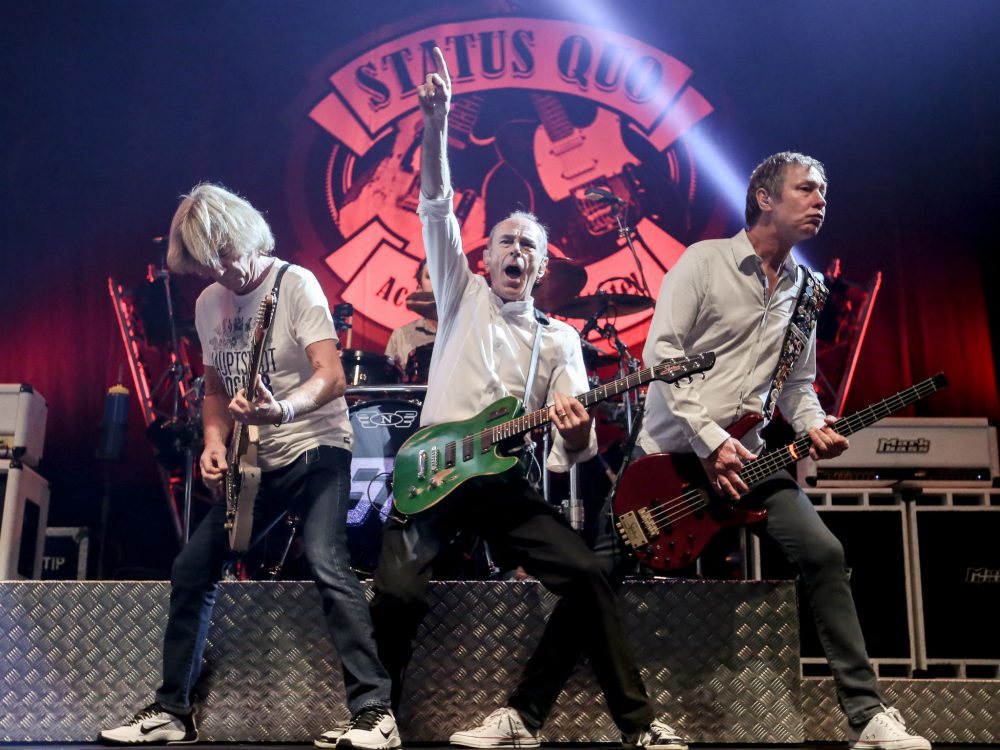 Rock`n Roll with Status Quo will electrify Dubai 27th of October, 2017 at the Dubai Opera.

One of the biggest rock groups in the world, Status Quo will electrify Dubai in October. With over 50 years of incredible rock ‘n roll, they are easily among the most successful bands of all time, with more chart entries than any other band in the UK.

Their ‘Last Night of the Electrics’ tour is set to be a sell-out, so purchase your tickets in advance to avoid disappointment.

The legendary UK rock band will leave you ‘Rockin’ All Over The World’ with a thunderous and electric live show featuring Francis Rossi, Andrew Bown, John ‘Rhino’ Edwards, Leon Cave and Richie Malone. The band has extended their tour dates, to honour the memory of legendary guitarist Rick Parfitt.

With iconic songs including ‘Down, Down,’ ‘Whatever You Want’ and ‘Rockin’ All Over The World’, Status Quo has played over 6000 live shows worldwide to an audience of over 25 million people in their six-decades career.