Jennifer Lopez Live in Dubai in Dubai | Coming Soon in UAE
Home / Upcoming Events in Dubai and other Emirates / Dining & Nightlife/
To get your personalized content feed, feel free to register, sign in and select what interests you in your Preferences. 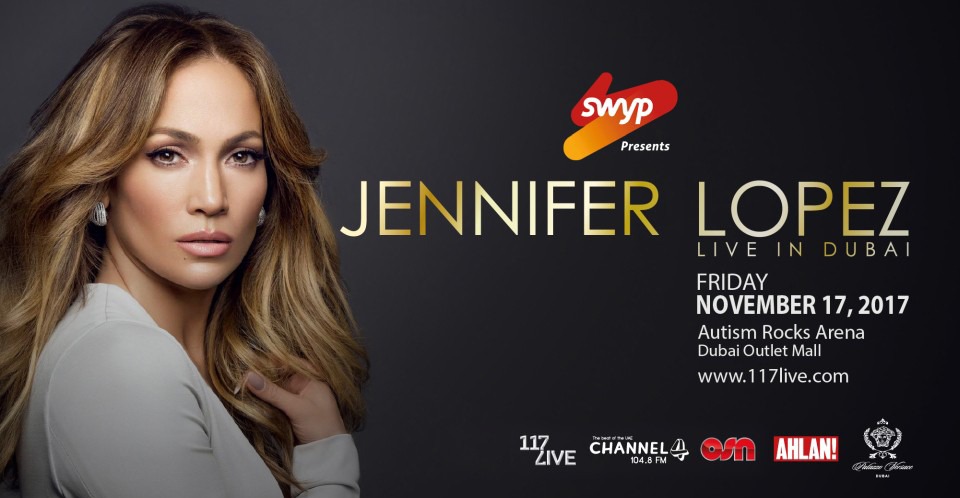 The concert of Jennifer Lopez will take place on the 17th of November, 2017 at the Autism Rocks Arena, Dubai.

Lopez began her career as a dancer, and over the past 18 years has become an international music and film sensation. She is currently in Las Vegas on her residency there called Jennifer Lopez: All I Have at the Axis Theatre at Planet Hollywood.

She has collaborated with the likes of Ricky Martin, Ja Rule, Pitbull, and Enrique Iglesias in the past and coached young singers on American Idol. People magazine named her the world’s most beautiful woman and when it comes to her live shows, we know she doesn’t just perform, but throws a party!”

This year JLo will be performing an energetic 90-minute set at the Autism Rocks Arena, with organizer Thomas Ovesen, CEO of 117 Live telling Gulf News tabloid! exclusively that the act will see “all her monster hits, along with shades of her Las Vegas residency and hopefully, music from her Spanish-language album.”

Tickets are expected to go on general sale two weeks later. Details on prices and opening acts will be announced at a later date, organizers said. So don’t miss one of the globe’s most accomplished female entertainers live in Dubai.