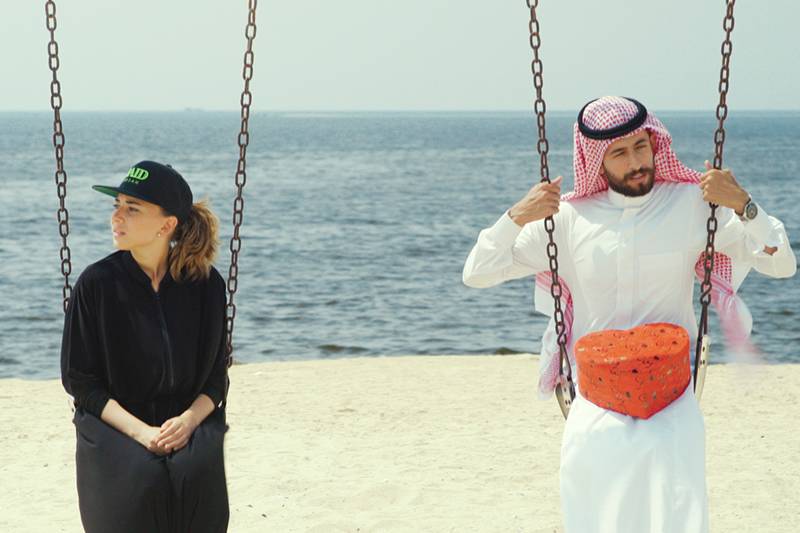 In this brilliant and witty Saudi rom-com, Barakah, a lowly municipal employee whose job is to enforce public space regulations, falls in love with Bibi, an independent-minded Instagram star and adopted daughter of a wealthy family. When the couple attempt to date, they find the simple matter of even sharing a moment together laden with challenges, as they run into the country’s strict social customs and rules on behavior in public space.

A gem of a film, not only because it comes from a country where filmmaking is rare, Barakah Meets Barakah uses the light-hearted, humorous genre of romantic comedy to lend a sharp critique of restrictions on public space and culture in Saudia Arabia and elsewhere in the Middle East.

Directed by Mahmoud Sabbagh as his debut feature, Barakah Meets Barakah is supported by a strong cast, the two lead roles played by Hisham Fageeh and Fatima Al-Banawi. It has toured to popular and critical acclaim at film festivals throughout the world, premièring at the 2016 Berlin International Film Festival, where it won the Ecumenical Jury Prize.

The film screening will be followed by a Q&A with lead actor and co-producer Hisham Fageeh.

Tickets are available at the door