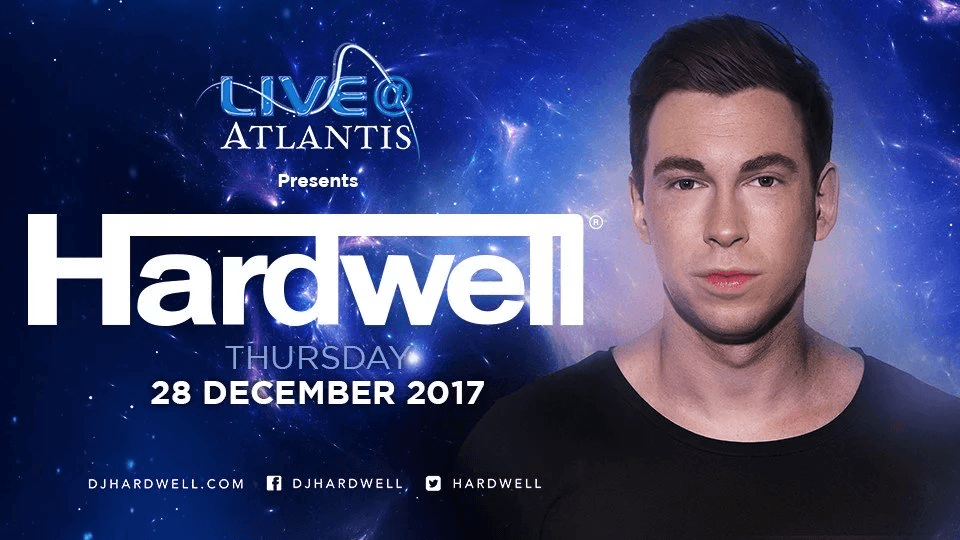 A dynamic concert of DJ Hardwell will take place on 28th of December, 2017 at the Nasimi Beach, Atlantis Dubai.

Hardwell is no stranger to Dubai. He has enthralled audiences at Meydan in 2016 and continues to get crowds dancing to his beats across the globe. He shot to fame in 2009 with his bootleg of ‘Show Me Love vs. Be’, and has since then been voted World’s No. 1 DJ on DJ Mag twice (2013 & 2014).

After headlining major festivals such as Tomorrowland in Belgium, Ultra Music Festival in Miami and Electric Daisy Carnival in Las Vegas, Hardwell has made his mark again this year with the fourth spot on DJ Mag’s Top 100 DJs poll.

Superstar Dutch DJ and Producer Hardwell will perform hits including ‘Off The Hook’ with Armin van Buuren, ‘Thinking About You’ feat Jay Sean, ‘Zero 76’ with Tiesto and ‘Spaceman’, the Dutch superstar is sure to deliver a phenomenal performance.