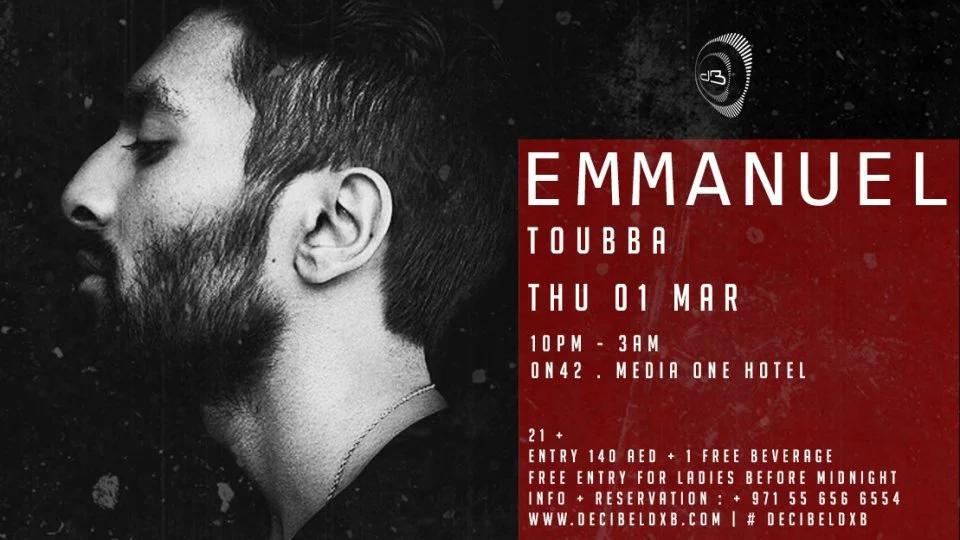 The performance of owner of record labels Arts and Dark Matter Inc. Dj and Producer from Italy Emmanuel will take place on 1st of March 2018 at the ON42, Media One Hotel.

A true artist will always have something that makes them stand out from the crowd. In the case of Emmanuel, it’s his wonderful ability to transfer his daily emotions and experiences, into the music that he creates.

In 2007 Emmanuel releases A Step From You/Parade EP released on Shlomi Aber’s imprint, Be As One Imprint. His debut release “Parade EP” he got some really serious support from some of the biggest names in Techno and House: Laurent Garnier, Adam Beyer, Josh Wink, Tiefschwarz (Official), Danny Howells, Troy Pearce, Mauro Picotto, Hernan Cattaneo, Nic Fanciulli, Phil K, and Pig&Dan.