The Comedy Show. French Edition in Dubai | Coming Soon in UAE
Home / Upcoming Events in Dubai and other Emirates / Culture & Entertainment/
To get your personalized content feed, feel free to register, sign in and select what interests you in your Preferences. 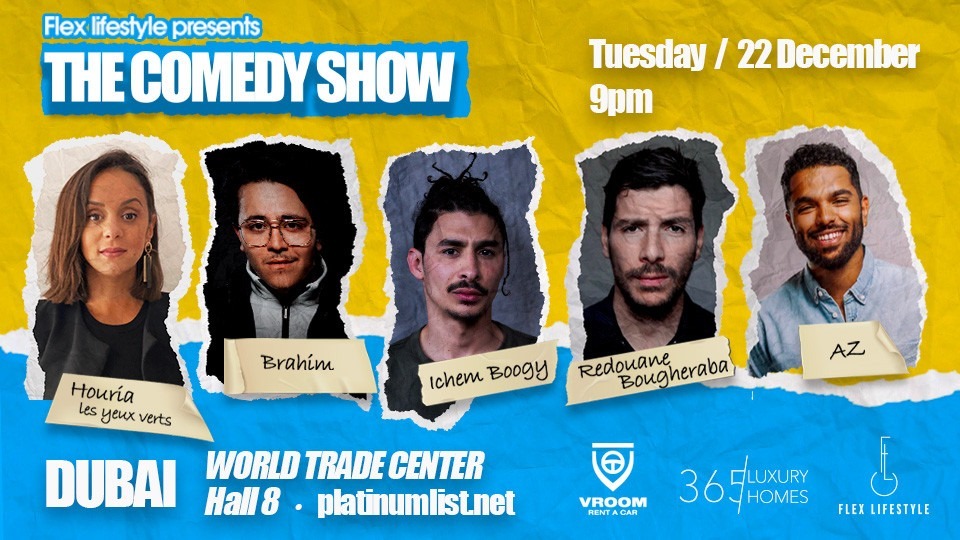 The Comedy Show French Edition will bring 5 best comedians and famous Instagram stars from France. It is promising to be a fun evening with classic standup performances, hilarious observations, sketches and a French sense of humor.

The show is aimed at presenting sharp and intellectual stand-up humor that will guarantee a night of laughter and entertainment across three evenings.