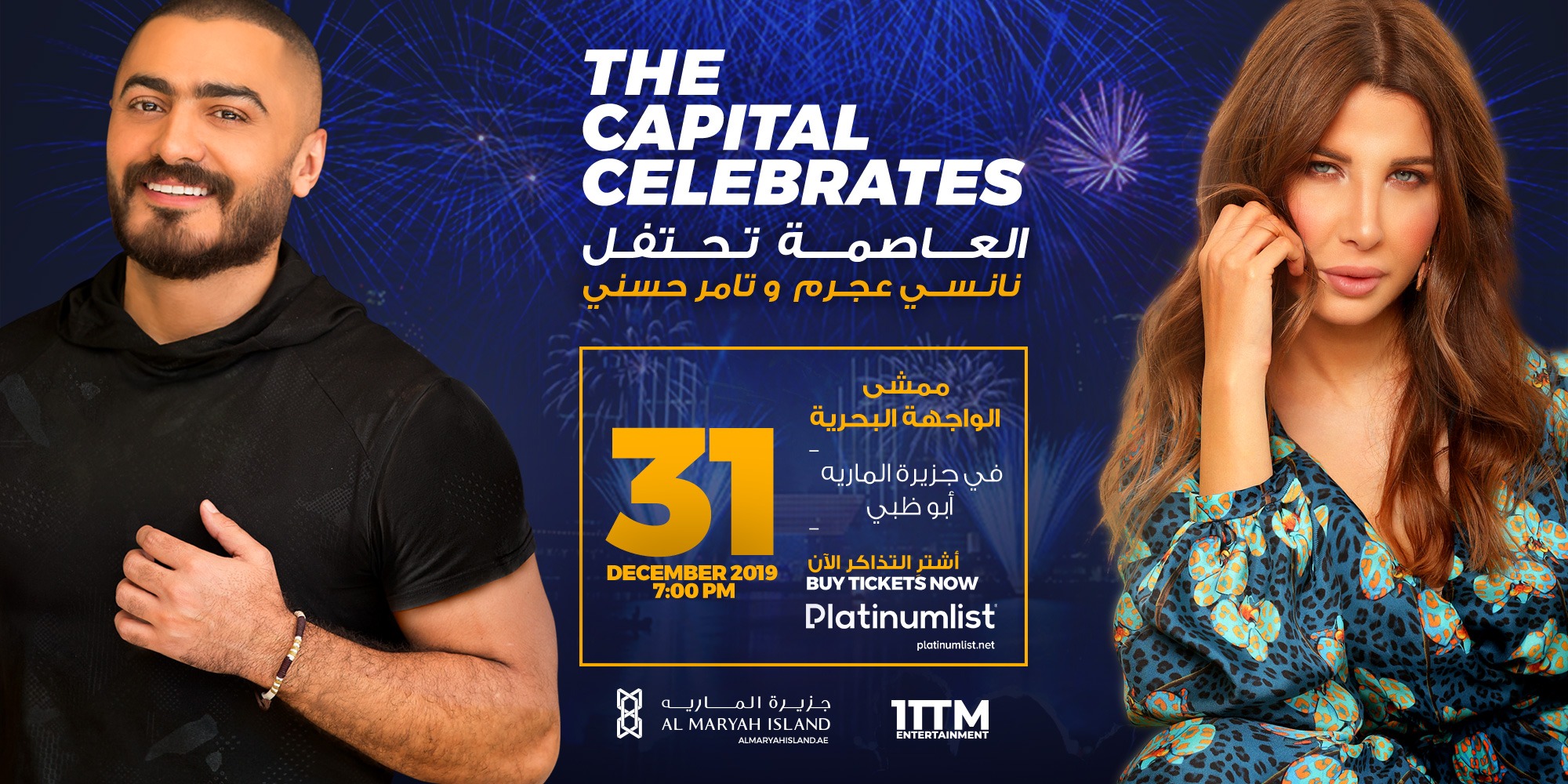 Nancy Nabil Ajram is a multi-platinum Lebanese singer and Goodwill Ambassador. She participated in the most significant Arabic and international festivals and won multiple awards, as the 2008 World Music Award of best-selling Middle Eastern artist, the youngest Arab WMA winner to date, 2012 WMA for the second time and 2014 WMA for the third time. The legendary celebrity had sold over 2 million records worldwide, and she was ranked 3rd best selling female artist in Lebanese history.

Tamer Hosny is an Egyptian singer, actor, composer, director and songwriter. Hosny became popular with his album Hob and started his successful career as a romantic-song singer, the artist also was named “King of the Generation” by his fans. But that is not all, in December this year, Hosny broke the Guinness World Record for the most contributions to a bulletin board.

The celebrations will spread across the island this New Year’s Eve, featuring the most exciting events. Al Maryah Island Promenade will sparkle with an unforgettable 10-minutes fireworks show at midnight. This is also a great opportunity for all new trends lovers to enjoy shopping at The Galleria on Al Maryah Island, the most Abu Dhabi’s luxury shopping and dining destination. The mall will be open until 10:00 PM.