Texas Live in Dubai in Dubai | Coming Soon in UAE 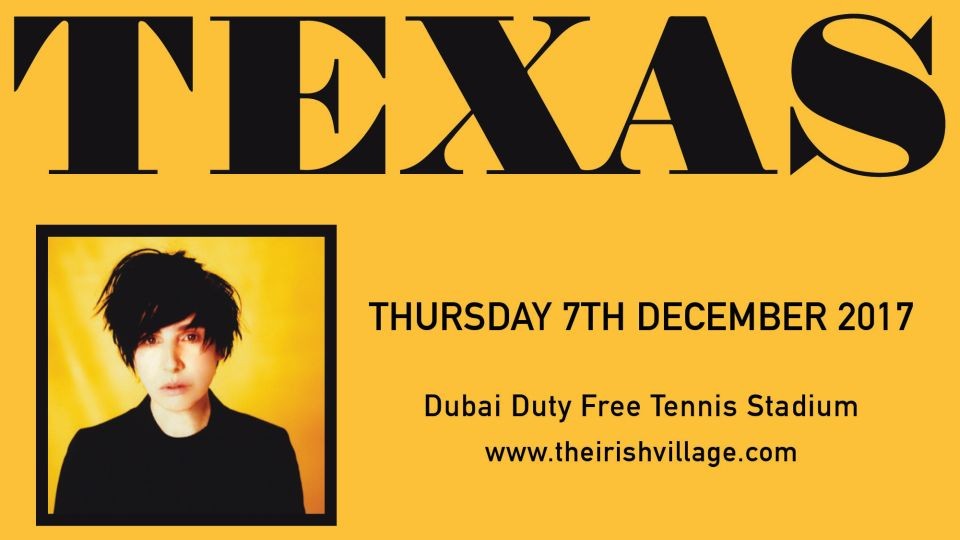 Scottish pop-rock band Texas will be coming back on 7th of December, 2017 to the Dubai Duty Free Tennis Stadium.

Texas are a Scottish alternative rock band from Glasgow, Scotland. They were founded by Johnny McElhone (formerly of the bands Altered Images and Hipsway) in 1986 and feature Sharleen Spiteri on lead vocals. Texas made their performing debut in March 1988 at Scotland’s University of Dundee. They took their name from the 1984 Wim Wenders movie Paris, Texas.

And now Texas returns to Dubai to delight fans with classic hits from their 30 years on the scene along with tracks from their recently-released album, Jump On Board. Seeing Sharleen Spiteri and Johnny McElhone perform ‘Say What You Want’ live will be the ultimate throwback to the 90s and is sure to be a highlight of the musical season.

Grab a bite at Irish Village before or after the concert to make it an evening out on the town.