Take That in Dubai in Dubai | Coming Soon in UAE

Take That in Dubai 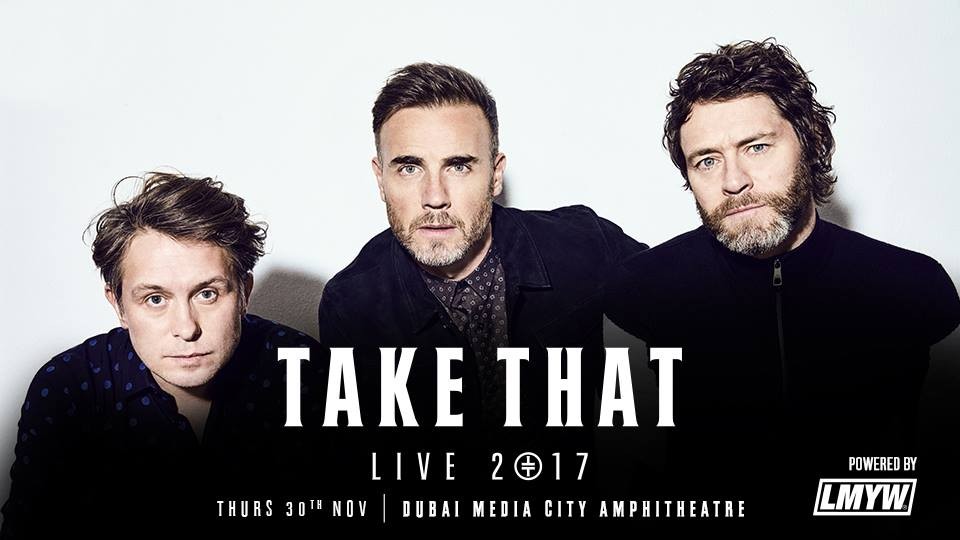 The concert of Legendary British band Take That will take place on 30th of November, 2017 at the Dubai Media City Amphitheatre.

Three of the original band members, Mark, Howard and Gary, have reformed, changing the five-man line-up to a trio. With twenty Top Ten singles in the UK, and over 45 million records sold worldwide, they’re one of the most successful British bands of all time.

Take That are also renowned for their live performances. Having been on ten world-tours promoting their albums and discography, they have also been guests at many of the world’s leading festivals including Glastonbury, the Apple Music Festival and BST Hyde Park.

The concert in Dubai will be on the back of their sell-out Wonderland tour of the UK and recent tour of Australia.

Gary Barlow, Howard Donald and Mark Owen will make a welcome return to the UAE, giving pop fans a chance to see one of the most successful bands in UK chart history sing some of their greatest hits including Relight My Fire, Back for Good and Rule The World, as well as new material from their latest album, Wonderland.