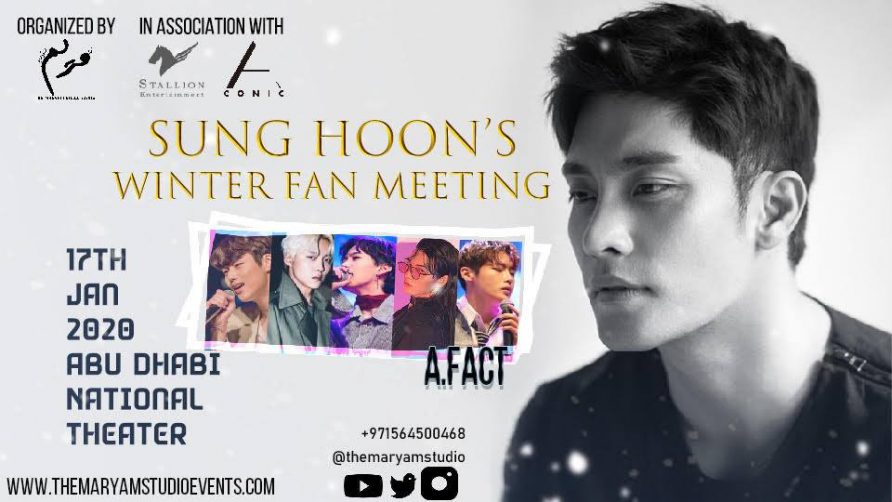 Famous South Korean actor will hold a live meeting with his fans on January 17, at Abu Dhabi National Theatre and fan singing on January 18, at The Galleria, Al Maryah Island. The meeting will be joined by the special guest – K-pop band A. Fact.

Rising the ‘Korean Wave’, the band has given a noticeable increase in global popularity of South Korean culture since the 1990s. A. Fact members: two Korean models Daro and Joo Wondae, and three singers Pando, Sejin, and Taeuen.

It is the third time the superstar Sung Hoon is visiting Abu Dhabi. Known for popular K-dramas like “New Tales of Gisaeng”, “Five Enough”, “Oh My Venus” and “My Secret Romance”, he also took part in shows like “I Live Alone” in 2017 and he starred in a musical theatre called “Summer Snow” in 2014.

Here are some benefits of different ticket types (provided by the oganizer): 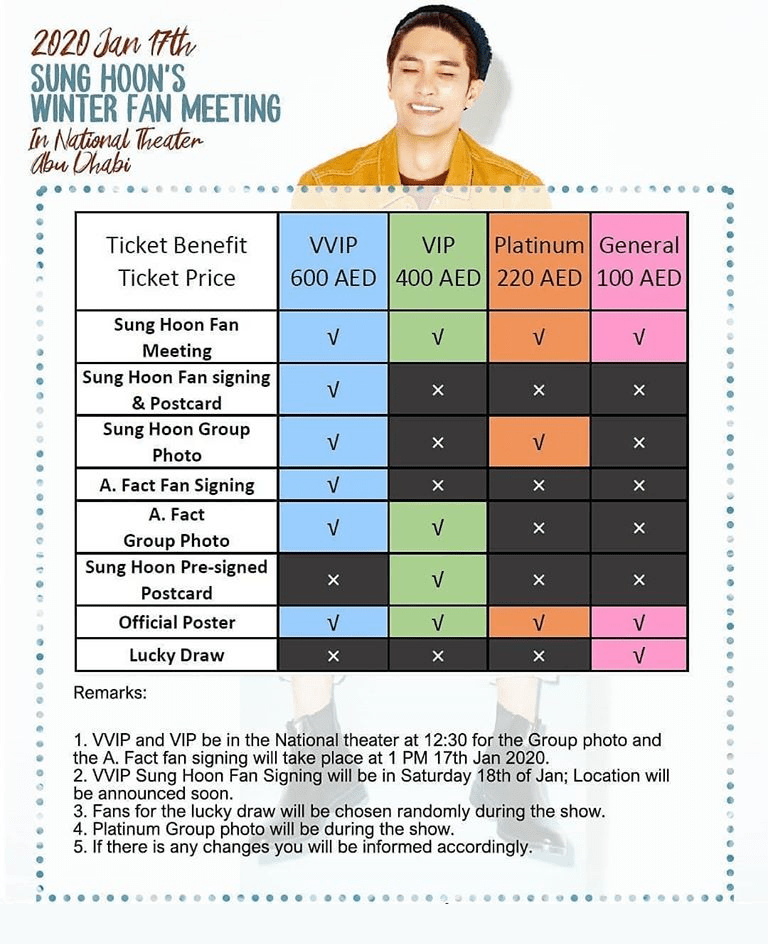