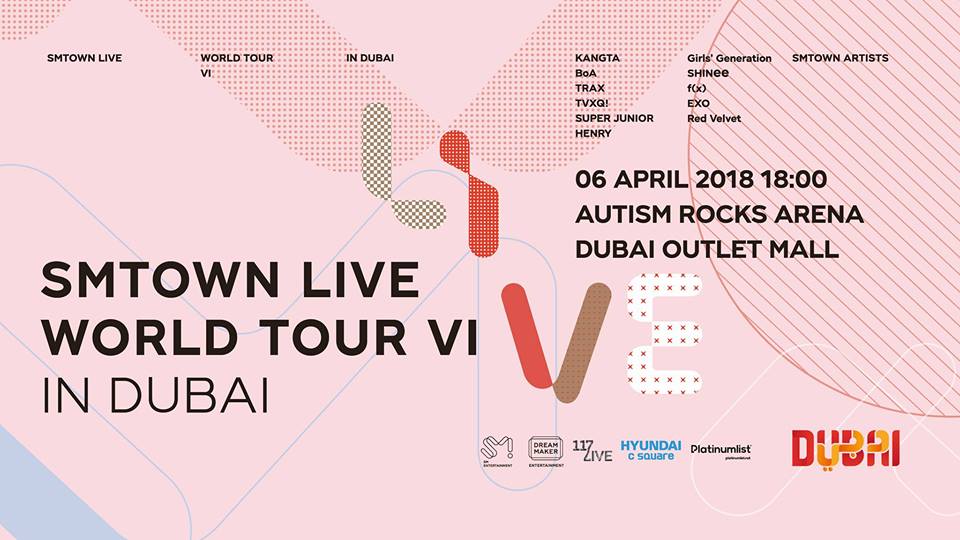 The show will consist of amazing performances including unmissable collaborations, as well as an SMTown Live exclusive EDM section.

These acts will be unleashed at the Autism Rocks Arena for ONE NIGHT of Korean fun! SMTOWN LIVE, which started its first tour in 2008, has been held in major cities around the world like Seoul, New York, LA, Paris, Tokyo, Beijing, Shanghai, Bangkok and Singapore and now in Dubai.