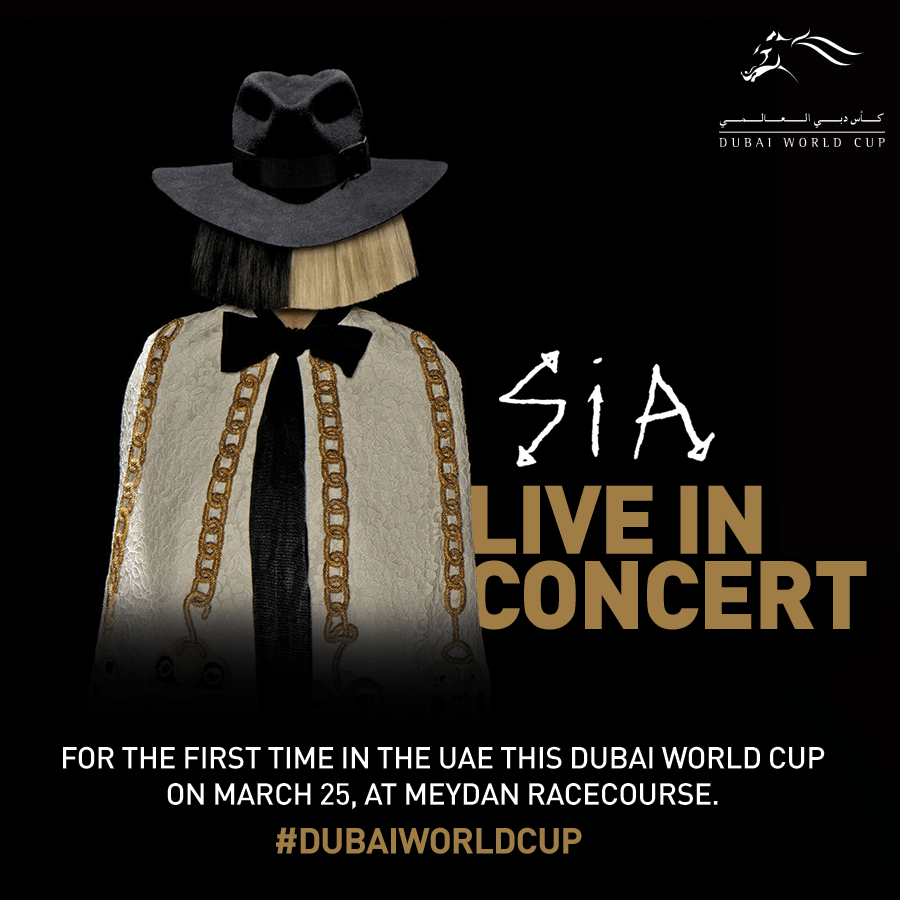 Sia will give the first UAE Concert at 2017 Dubai World Cup on 25th of March at the Meydan Racecourse.

The Dubai World Cup is the biggest annual sporting and social occasion on the Dubai calendar, the US$30m race day.

The Dubai World Cup was created through the vision of His Highness Sheikh Mohammed Bin Rashid Al Maktoum, Vice President and Prime Minister of the UAE and Ruler of Dubai 22 years ago, and provides a truly global stage upon which the best horses in the world come to compete every year.

Sia will perform in 70-minute concert with her biggest hits on 25th of March for Dubai World Cup 2017.

Sia is the famous Australian singer, songwriter, record producer and video music director.
In 2014, Sia released her studio album 1000 Forms of Fear, which debuted at No 1 in the U.S. Billboard 200 and generated the top-ten breakthrough single “Chandelier“.
She has collaborated with artists such as David Guetta, Rihanna, Flo Rida.

Dress Code: “SMART ATTIRE”
NO JEANS – NO T-SHIRTS – NO SNEAKERS – NO FLIP FLOPS – NO SHORTS