Scouting for Girls at Dubai Opera

English pop rock band, Scouting for Girls will play a one-off show on 20th of October, 2017 at the Dubai Opera.

With smash-hit singles including She’s So Lovely and This Ain’t a Love Song, the group have clocked up four studio albums and one Greatest Hits compilation since forming in 2005 and being signed by Epic Records in 2007.

For the first time ever, Dubai Opera will transform into a flat-floor concert hall especially for the evening, providing an impeccable acoustic environment that will also offer tonnes of toe-tapping space for fans. Seating options will be available in the circle and boxes.

Expect to hear ‘This Ain’t A Love Song’, ‘It’s Not About You’, ‘Elvis Ain’t Dead’ and ‘She’s So Lovely’, among other tracks. While the band might not be so well known outside of Europe, they earned four BRIT Award nominations in 2009 and 2011, and were considered for Best New Act in the MTV Europe Music Awards in 2008. 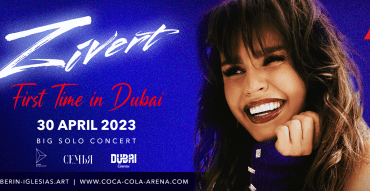