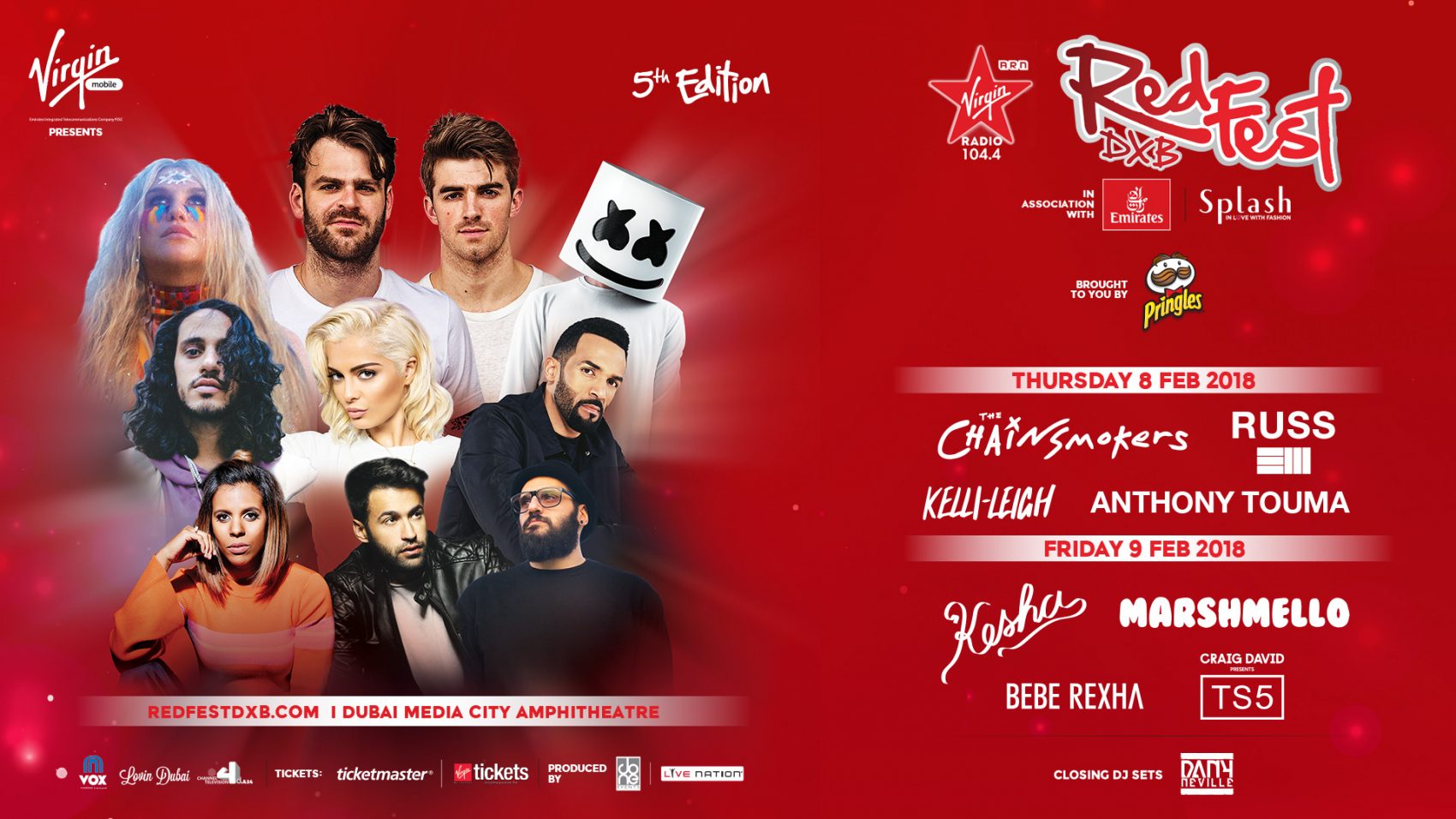 The fifth edition of music festival RedFest DXB will take place from 8th to 9th of February 2018 at the Dubai Media City.

Virgin Radio RedFestDXB is the UAE’s number one hit music festival. Launched in 2014 with headliners The Lumineers and Jessie J taking to the main stage, it is now Dubai’s critically acclaimed number one music festival.

In the season 2018 on the first day of the festival, the duo of the DJs The Chainsmokers will headline. This couple, who became famous for such hits as Closer and Do not Let Me Down, recently received two American Music Awards. In the list of participants of the festival also American rapper Russ, English singer-composer Kelly Lee and French-Lebanese singer Anthony Touma.

On the second day, everybody can meet the singer Kesha, who is known for such hits as Tik Tok, We R Who We R and Timber. On Friday, the British star Craig David, singer and composer Bibi Rex and producer of dance music Marshmello will also appear on stage. Complete each night will be a DJ from Dubai Dany Neville.