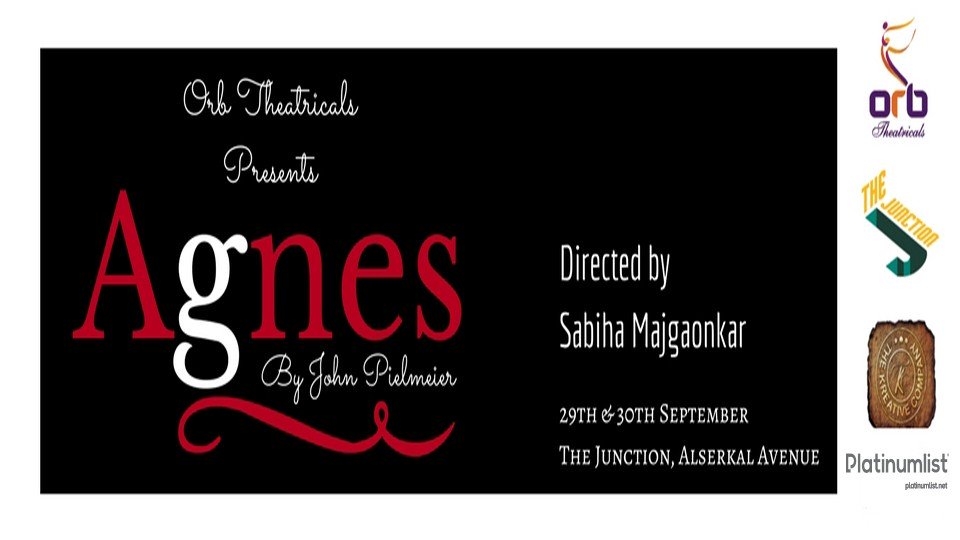 Orb Theatricals will present ‘Agnes’ from 29 to 30 of September 2017 at The Junction – Alserkal Avenue.

Based on the play Agnes of God by John Pielmeier, this is a physiological drama/mystery about Agnes, a young nun, who gives birth to a child in a convent and insists that the dead child was the result of a virgin conception. A psychiatrist is appointed by the court to determine if the girl is having physiological issues or is pretending to save herself from being tried by the court.

The story of a clash of personalities that are moulded by different experiences and upbringings.

The play shows the doctor’s efforts in trying to get to the crux of the matter with Agnes and resultant clash with Mother superior of the convent under whose care Agnes was at the time of the delivery.

Catch this thought-provoking play performed with Dubai-based talent from Orb Theatricals, under the direction of Sabiha Majgaonkar.