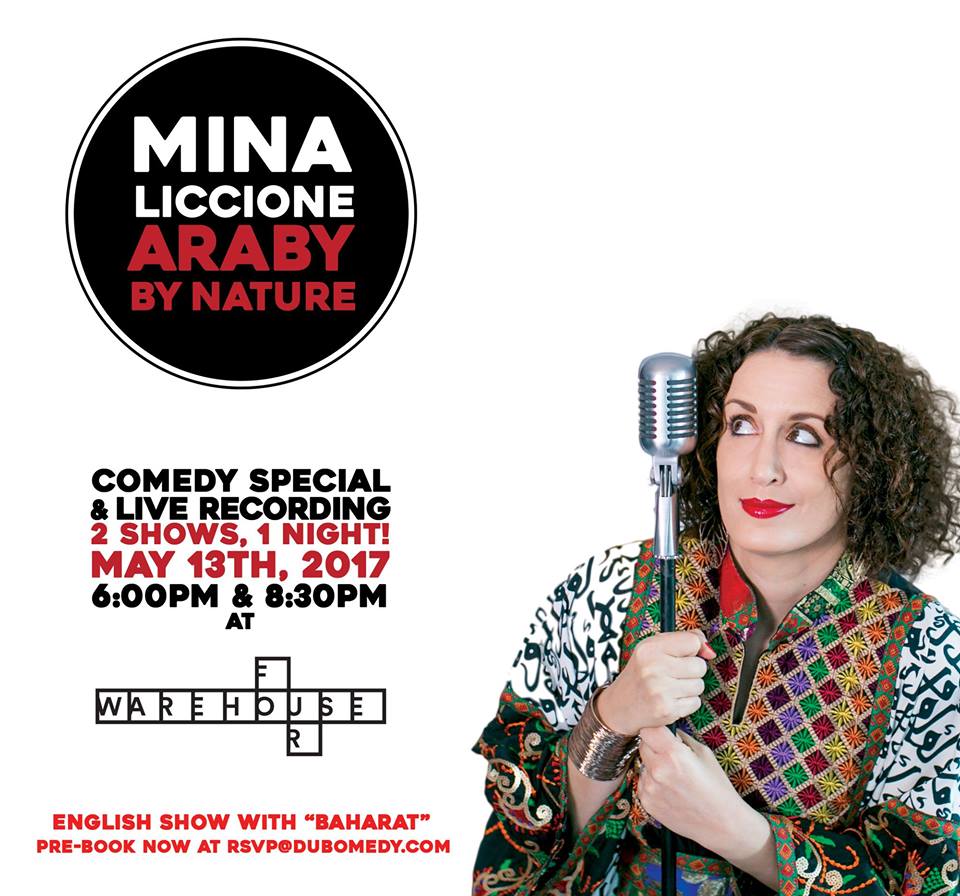 Prepare to meet Mina Liccione in Dubai! She will perform with 2 shows “Araby by Nature” at Warehouse Four on 13th of May at 6 PM and 8.30 PM.

Laugh with her as she breaks down 9 years of living in the Middle East, being married to an Arab and her possible connection to the Italian Mafia… shhh, fuggedaboutit!

Mina Liccione is an award-winning performing artist, comedian, emcee and arts educator hailing from New York. She has been seen on Broadway in STOMP, MTV’s “The Grind”, Edinburgh Fringe Festival, ABC’s “View from the Bay”, National Lampoon’s film “Pucked”, Image Nation’s “As One: The Autism Project” and Cirque’s Special Events Unit.

La Perle
The La Perle live show, something that is beyond the borders of your imagination, returns to Al Habtoor City!
Read More
Culture & Entertainment Abu Dhabi