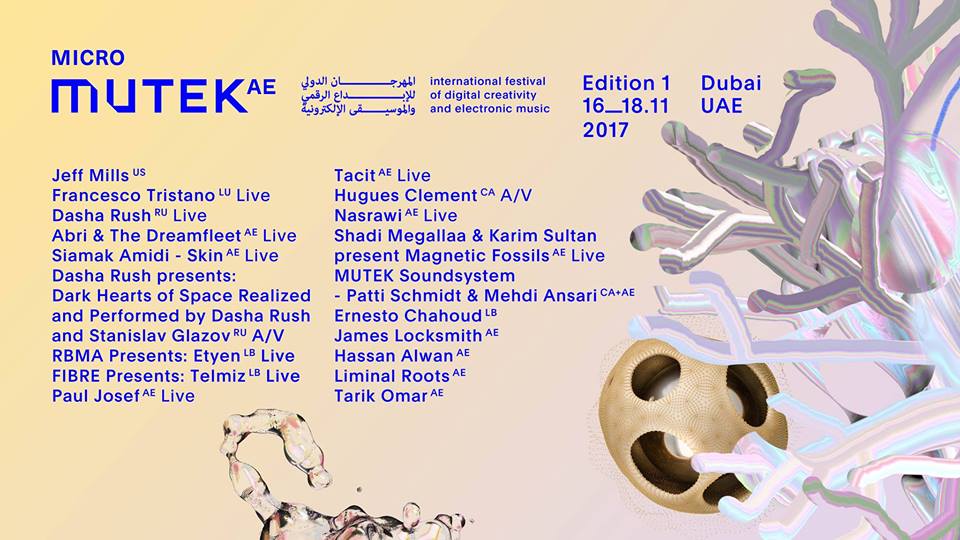 Micro MUTEK Arab Emirates will take place from 16th to 18th of November, 2017 at the various venues of Dubai.

MUTEK, the Canadian-based, worldwide established international festival that celebrates the very best of digital creativity and electronic music, is for the first time, coming to the Middle East with the first edition in Dubai.

The three-day festival will have live music from international and regional artists, including Jeff Mills, Dasha Rush, Etyen, and Nasrawi. The concerts will be held at the W Dubai at Al Habtoor City, as well as at the closing party of Dubai Design Week in d3.

In addition to live music, there will also be a series of talks, audio-visual shows, networking opportunities, and workshops at various venues, such as the place at W Dubai Al Habtoor City, A/Vision shows at Dubai Knowledge Park Auditorium, and panel talks, workshops & Digi_Labs at the SAE Institute.