Malik Bentalha at the Rotunda Dubai in Dubai | Coming Soon in UAE
Important! Due to the situation with the spread of coronavirus, some events may be canceled or postponed. Please double-check with the event organizers before planning your visit. 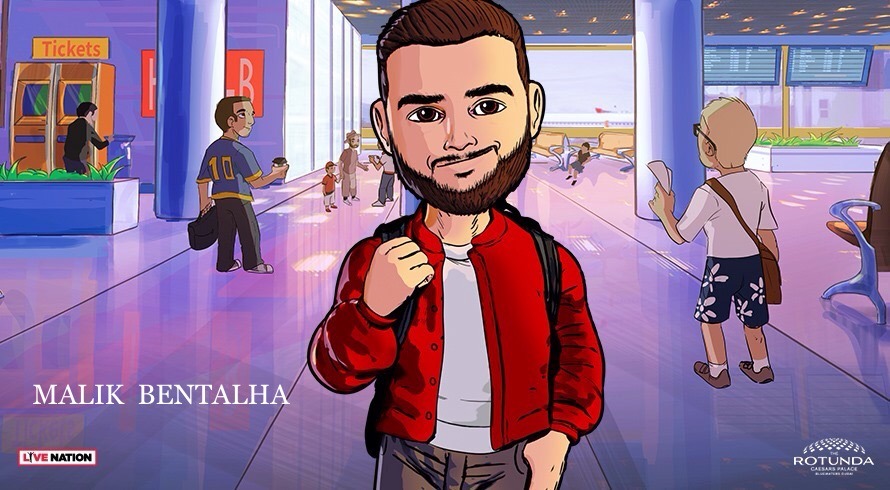 Malik Bentalha will perform at The Rotunda at Caesars Palace on 26-27 March 2020.

Malik Bentalha is a French humorist and actor, well known for his stand up comedy as well as film appearances. Coming to the UAE for the first time, the comedian will present his signature quick wit, teasing style, and amazing improvisation skills. The show will be performed in French.

After the huge success of his first show “Malik se la raconte,” the legendary comic is currently touring France with his second one-man show, “Encore.” And in March 2020, he will set off on an international tour. Malik Bentalha has played in such legendary films as Robin des Bois, La Véritable Histoire, Taxi 5 and Pattaya.