The Laughter Factory – The Dysfunctional family Tour in Dubai 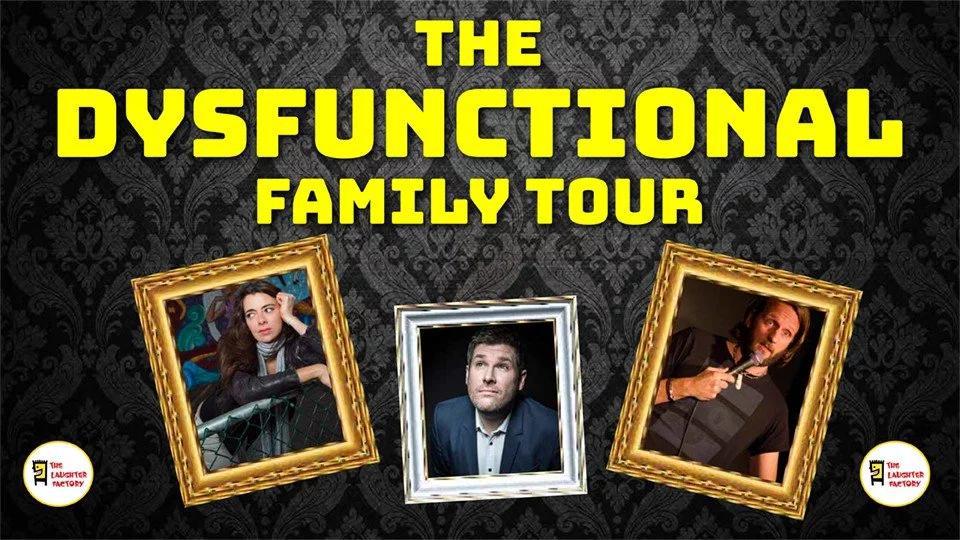 Best International Stand-up tour of the Laughter Factory will take place from 11th to 19th of January, 2018 at the different venues.

New York funny woman, Carmen Lynch will be treating us to a master class in live stand-up. Followed by Scottish comedian of the year Mark Nelson and finally, “Mock the week’ favourite Luke Toulson, will make up a triple bill of funny

Mark Nelson is one of the UK’s biggest-hitting comedy powerhouses. With a likeable manner on stage belying some of the stronger content, Nelson often has audiences laughing at things they know they really shouldn’t be laughing at. He is a very sought-after comedian and writer, with both the skill and intellect to be able to adapt his material to suit and entertain any club, theatre or corporate audiences.

Luke Toulson is an award-winning stand-up comedian who has appeared on the BBC’s Russell Howard’s Good News and written for comedians appearing on Mock The Week and Live at The Apollo. Luke’s charming, laid-back delivery disguises some of the funniest and most brutally frank material on the circuit.