La Perle by Dragone in Dubai | Coming Soon in UAE
Home / Upcoming Events in Dubai and other Emirates / Culture & Entertainment/
To get your personalized content feed, feel free to register, sign in and select what interests you in your Preferences. 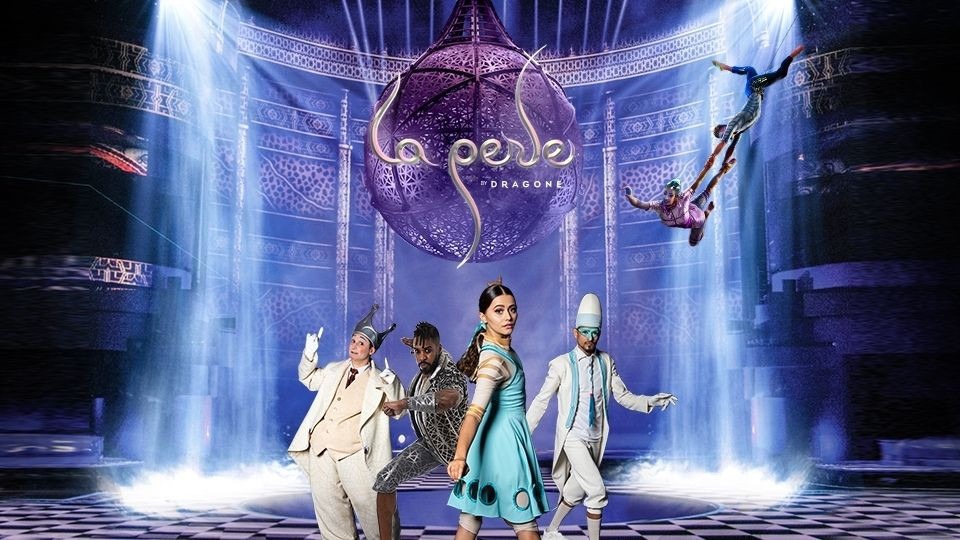 La Perle by Dragone is a performing arts theater, which gives 2 unforgettable shows a day in Dubai, Al Habtoor City.

La Perle by Dragone theatre is considered Dubai’s #1 Show. Created by the legendary artistic director Franco Dragone, this world-class performance is a mix of exhilarating choreography with out-of-this-world stunts including aerial acrobatics, diving, and motorcycle tricks.

The total cast of world-class artists is 65 people. Each of them brings his/her own unique set of skills to the performance, ranging from acting, acrobats, aquatic and aerial stunts, and more. Built-in the heart of Al Habtoor City, the venue tells the story of the UAE’s pearl diving history in a breathtaking way, blended with immersive acting, drama and entertainment, all-in-one.

It’s not just an ordinary theatre. La Perle boasts its tailor-made aqua scene where the stage floods with water and drains in a matter of seconds, which makes aqua and aerial stunts more compelling and dramatic. In a matter of fact, the aqua theatre holds 2.7 million liters of water and is the first of its kind. Actors perform jaw-dropping diving from 25 meters high. Another specialty of the theatre is the surface including walls and floors, which becomes a screen during the performance.

These often gravity-defying performers will mesmerize as they dive into an on-stage pool or fly through the air. Creating a visually captivating experience both below and above stage level, this show is a must-go destination both for residents and guests of Dubai.