Jack Whitehall – Stood Up in Dubai | Coming Soon in UAE
Home / Upcoming Events in Dubai and other Emirates / Culture & Entertainment/
To get your personalized content feed, feel free to register, sign in and select what interests you in your Preferences. 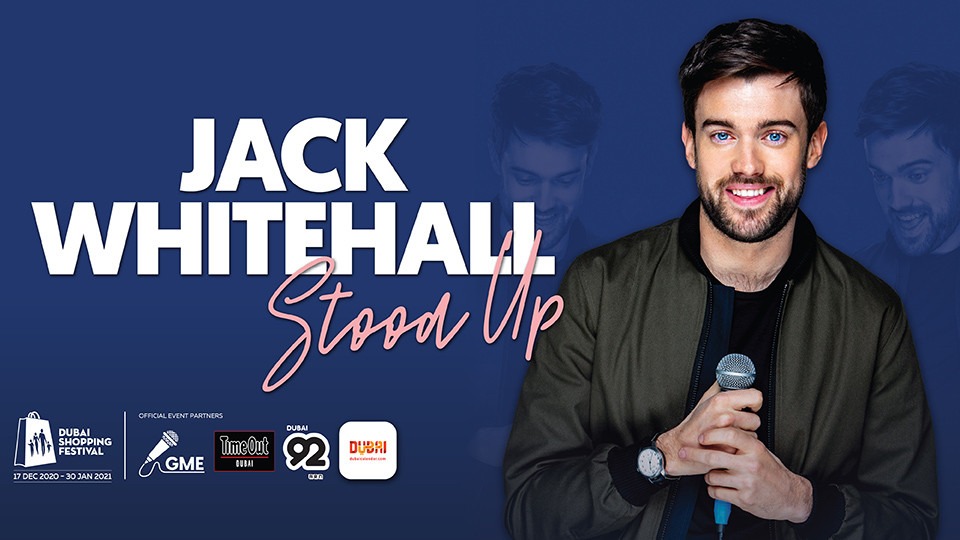 UK comedian and actor, Jack Whitehall will perform at the Dubai World Trade Centre on 13&14 January 2021.

As part of the Dubai Shopping Festival (DSF), Jack Whitehall is bringing his ‘Stood Up Tour’ to Dubai. The well-acclaimed UK comedian and established presenter will burst out with a series of embarrassing anecdotes and hilarious goofy performances live on stage.

Jack Whitehall is a finalist in the “So You Think You’re Funny” talent hunt, and was awarded the title King of Comedy by the British Comedy Awards. In addition, Jack is an in-demand actor starring in “The Nutcracker And The Four Realms”, and “Jungle Cruise”. Jack is also highly celebrated for his hit show, “Travels With My Father” streaming on Netflix.

All Comedy shows in UAE